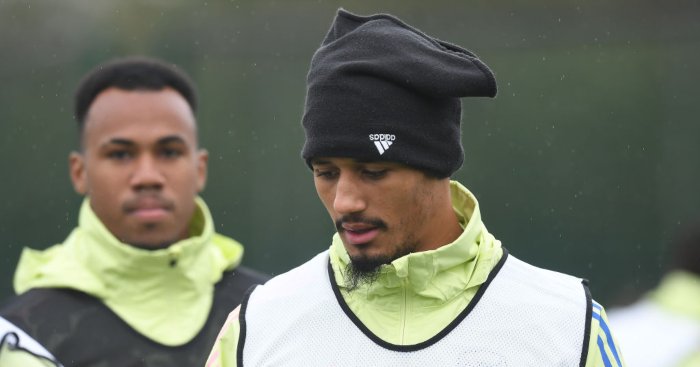 William Saliba has accused Arsenal of not giving him the chance to ‘rediscover his rhythm’ after he left to join Nice on loan.

The centre back was shipped out to the Ligue 1 side recently to regain confidence and pick up some form.

He’s been reduced to playing with the Gunners’ second team this season and is yet to make his first team debut.

Speaking briefly about his situation with the club, Saliba said: “The coach immediately told me that I was not ready. I would have at least liked to have had a chance to rediscover my rhythm. But this is football, it’s like that.”

He then spent the 2019/20 season on loan with his former club, making 17 appearances in all competitions.

Arteta was recently asked about Saliba’s loan move in a press conference. The Spaniard said: “We signed a big project that we had some issues with because he hasn’t played enough football in the last eighteen months.

“At that age and in the development phase he is at, that is crucial. I was very conscious when he came back. He didn’t do the step that he had to do before joining us that to start a relationship with a new manager, with a new club, with new team-mates.

“The situation where he is not having any game time is really difficult and I think it’s really damaging for the future.”

The Gunners have previously been accused of ‘illogical treatment’ over the young defender. He was brought in as a future star in their team, but Arteta has refrained from giving him first team opportunities.

Saliba’s spell with Nice could be crucial in getting his development back on track.