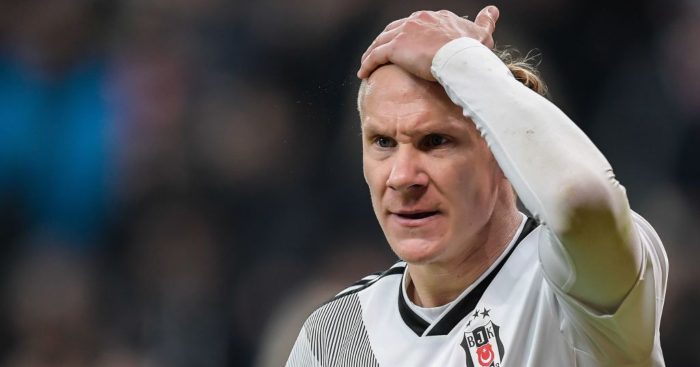 Mikel Arteta has decided to revisit a deal for former Arsenal target Domagoj Vida this summer after Besiktas slashed their asking price for the defender, according to reports.

The 31-year-old starred for Croatia in their run to the 2018 World Cup final and he was heavily linked with a move to The Emirates that summer.

Six months earlier, Vida had moved to Besiktas from Dynamo Kyiv and after his performances on the international stage he was valued at around £10.8million.

MEDIAWATCH: Did you miss Manchester United’s ‘chilling warning’ too?

And while he has continued to be a regular for his country and for Besiktas – missing only one league game this term – Turkish newspaper Aksam (via the Daily Express) claims that his price has dropped this term.

Vida will reportedly be available for as little as £6million this summer, which has alerted the attention of Gunners boss Arteta, as well as West Brom – who are managed by former Croatia coach Slaven Bilic.

Indeed, Vida is Besiktas’ highest earner and the report claims that, due to the uncertain financial climate surrounding football, he could be sold to keep costs down.

Arsenal will be in a similar position, with payment still owed to Lille for the deal that brought Nicolas Pepe to north London last summer.

The Gunners – like the vast majority of clubs – are expected to cut down on spending, meaning swap deals or loans could become more commonplace.

Earlier this month, reports in Turkey claimed that Jurgen Klopp wanted to bring Vida to Liverpool – but that Vida’s price tag would be in the £30m bracket.