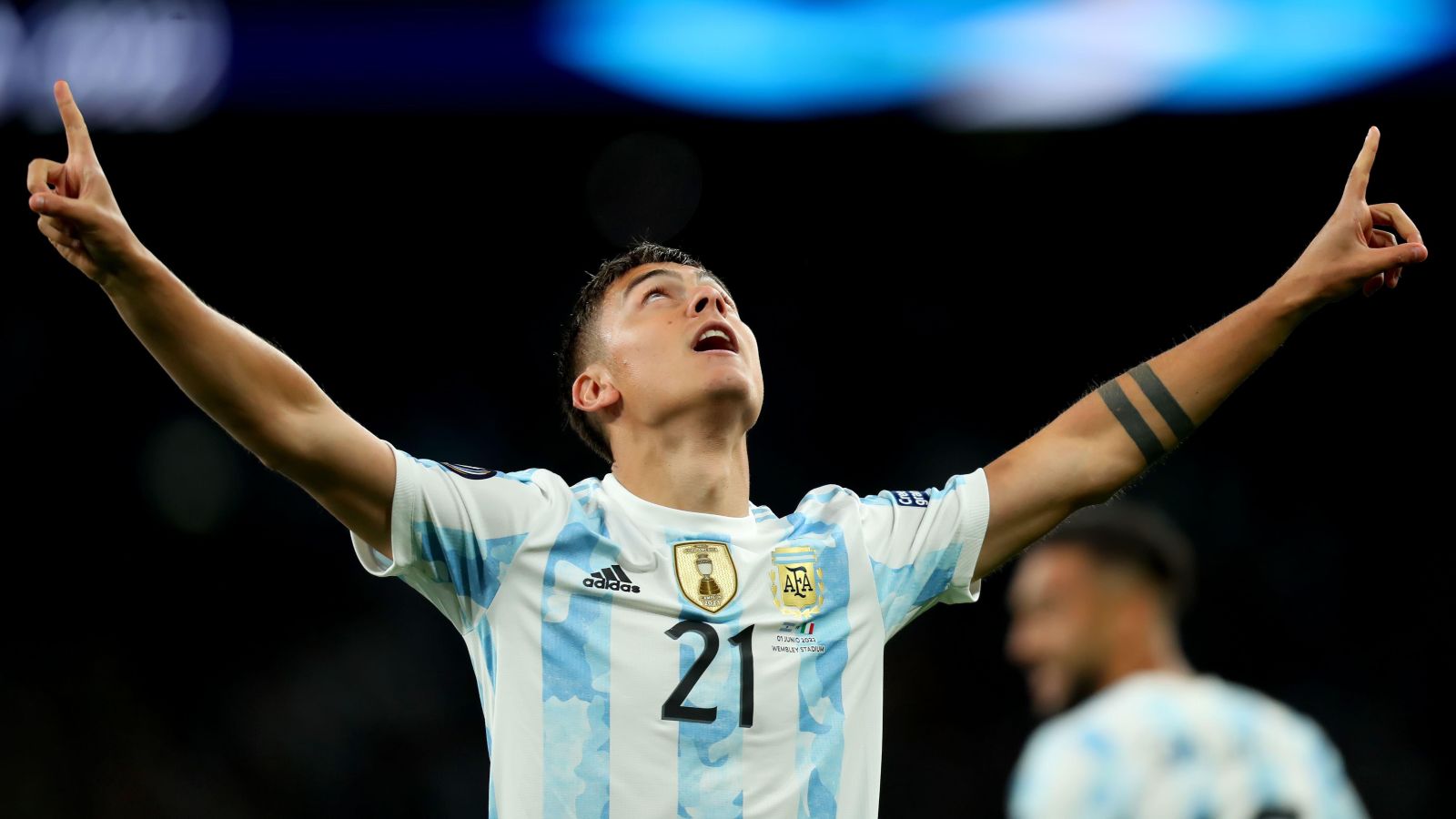 Juventus striker Paulo Dybala has turned down a move to Premier League side Newcastle United this summer, according to reports.

Dybala’s contract is expiring in Turin at the end of this month and will be available to join another club on a free transfer, sparking interest from numerous sides around Europe.

The Argentina international left Palermo in 2015 in a €40m deal to sign for Juventus, where he has gone on to win five Serie A titles and four Coppa Italias in seven seasons, scoring 115 goals in 293 appearances.

Remembering 2002: The first World Cup of the 21st century when football went global

Dybala was in and out the team this season, bagging 15 goals in all competitions, and numerous clubs around Europe are looking at bringing him in on a free transfer.

Arsenal, Tottenham and Liverpool are just some of the clubs linked with a move for the 28-year-old and now one report has ruled out three more clubs.

Italian publication Gazzetta dello Sport (via HITC) claims that Dybala has rejected offers from Newcastle, Sevilla and Borussia Dortmund as he weighs up his options.

It is understood that Dybala has settled on the idea of staying in Italy with Inter Milan despite a lot of interest from the Premier League.

The new Newcastle owners reportedly have grand plans for the club this summer as they look to get the club competing towards the top of the Premier League – but they will have to do it without Dybala.

Despite the report in Italy, Dybala would confirm his destination in an interview yesterday but admitted that the Premier League does interest him.

Speaking to ESPN, Dybala said: “I am quite calm, the people who work with me are taking care of things.

“In Italy I am very comfortable. I would still like to know other leagues like Premier, Liga, but I’m happy in Italy. I’ve been there for 10 years, I know the tournament and now they treat me as if I were Italian.