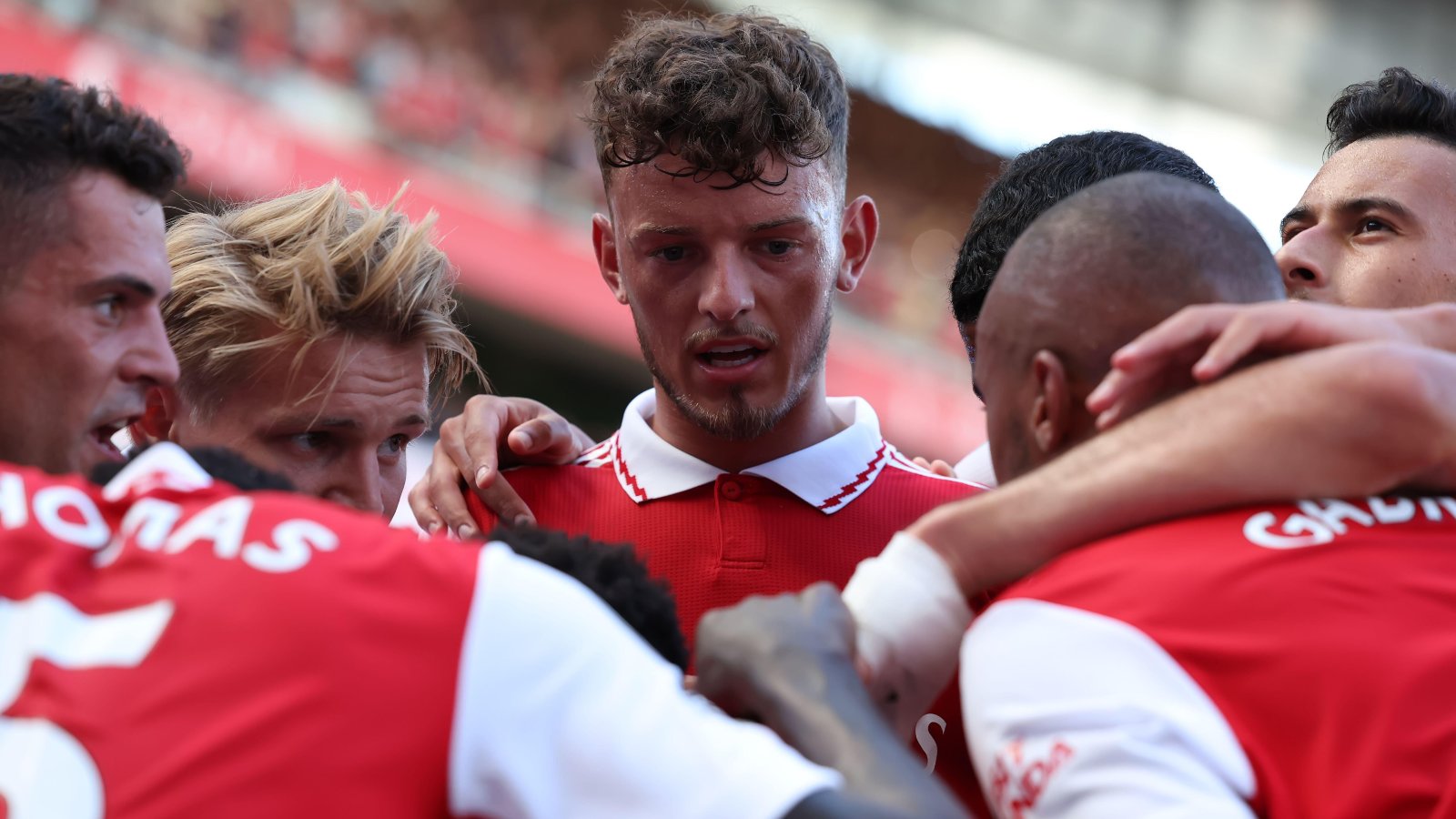 Arsenal had seven and then eight and then seven and now just two players hit by an injury crisis. It must be the international break.

Let’s all have an injury crisis party
At the end of an international break, there’s gold in them there hills for claiming that a big club is having an injury crisis. And the Mirror website have been panning for such gold and decided that Arsenal are looking shiny in the mud.

By the actual morning of September 28, order had been restored (thank you Kwasi Kwarteng) and the Mirror were telling us ‘How Arsenal could line up for North London derby amid seven-man injury crisis’. Somebody has clearly been told that ‘injury crisis’ has a high SEO value.

It turns out that Arsenal could actually face Tottenham with a back four of William Saliba at right-back, Rob Holding and Gabriel in the centre of defence and Cedric Soares at left-back. This really is a crisis!

In reality, Mediawatch will eat its own shoes if that is the line-up on Saturday because it is absolute, unadulterated bollocks designed to scare Arsenal fans and excite Tottenham fans into a click.

‘Who lines up just in front of the Englishman is perhaps Arteta’s biggest headache, with four of his defenders in a race against time to be fit. Kieran Tierney, Ben White, Takehiro Tomiyasu and Oleksandr Zinchenko could all be ruled out, leaving the Arsenal boss with a crisis at full-back.

‘Though he has only played at centre-back this term, William Saliba did frequently line-up on the right of a back three at Marseille during last year’s loan spell and could be pushed out to the flank if White and Tomiyasu are both ruled out. It’s far from ideal, but in case it does happen, Rob Holding will be standing by ready to partner Gabriel at centre-half, although he will hope to bury the demons of May’s disasterclass against Spurs.’

And why could Ben White be ruled out? Extensive Googling later and we honestly have no idea. We can only assume that being substituted four minutes before the end of a 3-0 win over Brentford has automatically catapulted him into a ‘seven-man injury crisis’.

So the ‘biggest headache’ is actually that Arsenal might not have a fit left-back, though a whole day later, the Mirror are forced to admit that actually, pretty much everybody is fit to play and the only players actually likely to miss the clash with Tottenham are Emile Smith Rowe and Mo Elneny.

Is that now a two-man injury crisis?

Let’s all have an injury crisis Partey
As part of that more sober injury update, the Mirror tell us that ‘Partey was withdrawn from Ghana’s starting lineup ahead of Friday’s friendly against Brazil after feeling some discomfort in his knee, although it was thought to be more precautionary than anything. As a result, it is hoped that he will be on course to feature this weekend’.

Seems sensible. But then 48 minutes later…

The player in question is of course Thomas Partey, with a ‘huge injury concern emerging’ just after we all learned that actually, there was no real need for any concern at all.

This ‘fresh’ (very clever as it definitely implies an injury) problem is actually that ‘Arsenal boss Mikel Arteta has been told by former Gunner William Gallas that William Saliba has a “problem” at the Emirates as he has no senior centre-back to learn from’.

Setback, setback, setback to where you once belonged
And then there’s Manchester United. Let’s pretend they are also facing an injury crisis while also crowbarring Ronaldo into a headline.

The ‘setback’ of course is that Cristiano Ronaldo did not play very well over the international break.

And how could they line up? Exactly how they did in their last Premier League game, of course, because they have no new injuries. FFS.

Hold the back page!
The Daily Mail tell us on their actual back page that ‘Everton winger (Anthony Gordon) is understood to be one youngster being monitored closely before the World Cup after consistently strong displays in the Premier League and for Lee Carsley’s Under 21s’.

Can we stop you there and ask you to inform us of English £60m-rated players that Gareth Southgate will not be monitoring closely. That would seem like the bigger story.

What do you all say?
Perhaps somebody can enlighten Mediawatch about a recent trend in churnalism. Examples over the last few days include:

‘Arsenal fans are all saying the same thing as Bukayo Saka receives £800 ‘Mesut Ozil’ present from Gabriel Jesus’ – The Sun.

‘England fans ALL saying same thing as Harry Maguire hacks down Musiala for Germany pen after being fooled by stepovers’ – The Sun.

Who decided what any fans at all are saying is news? And then who decided that we have to pretend that all fans are saying THE SAME THING?

All cynical media-watching columns are saying the same thing: It really is a crock of shite.