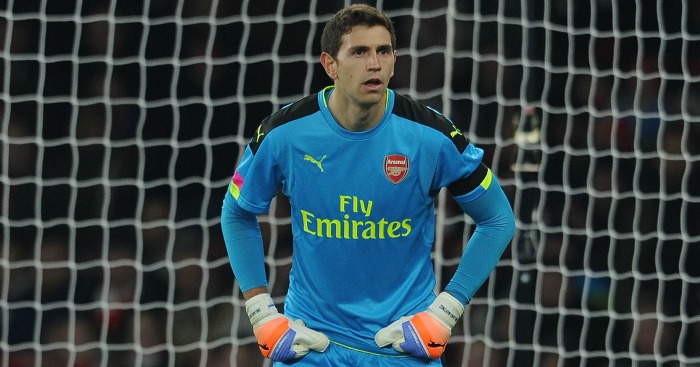 Arsenal look set to sell keeper Emiliano Martinez following the return of Bernd Leno from injury, according to reports.

The Argentinian emerged as a surprise key player towards the end of the season after Leno became sidelined.

He played an important part in the side’s FA Cup final victory over Chelsea earlier this month and was thought to be on the verge of a new contract.

FEATURE: Every £20m+ sale ever made by a Premier League club

However, according to The Athletic, Martinez could now be sold and replaced by manager Mikel Arteta as they want to cash in.

Leno’s return from injury in time for the 2020/21 season means Martinez will struggle to get as much game time, something which the player is actively seeking.

Arsenal chiefs see Leno as the club’s number one and will now let Martinez leave for the right price.

They’re expecting to get an increased sum following Martinez’s impressive performances towards the end of the campaign. His fee could reach around £20 million, with numerous Premier League clubs thought to be interested.

Arsenal have identified Brentford’s David Raya as his replacement, according to Metro. The Spaniard has been tracked by the North London club for a while and is highly regarded by club coach Inaki Cana.

The Gunners could make a significant profit if they manage to sell Martinez and bring in Cana for a cut-price deal.

This profit would help to fund Arteta’s summer overhaul. Lucas Torreira, Matteo Guendouzi and Calum Chambers could all be sold to raise transfer funds.

Rob Holding has been linked with a move to Fulham and could be replaced in defence.

If they raise sufficient funds, Arsenal may finally be able to sign Thomas Partey from Atletico Madrid. The 27-year-old currently has a £45 million release clause in his contract and is wanted by Arteta to strengthen his midfield.