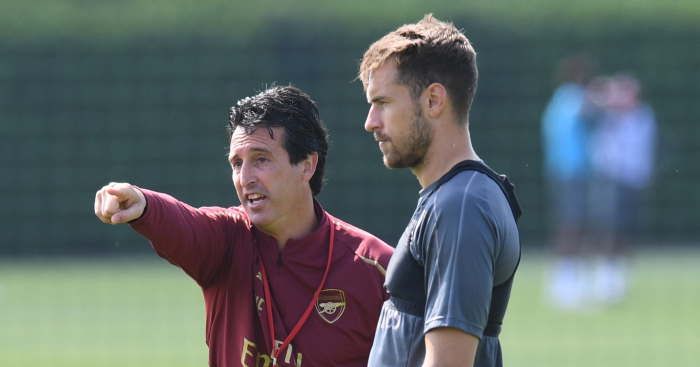 Arsenal will make no further signings this summer, David Ornstein has confirmed.

Arsenal have signed five players in this transfer window, with Unai Emery overseeing a relatively impressive first summer as manager.

There seemed to be a chance that the Gunners would be back in the market for a centre-half, but they have pulled out of a move for Domagoj Vida.

Supporters were offered unexpected hope of a tantalising move for Ousmane Dembele ahead of Thursday’s deadline, with an initial loan move mooted for the Barcelona winger.

But BBC Sport’s Ornstein has rejected the claims as ‘false’.

‘As previously reported incoming business completed a month ago. Were open to exceptional deal if chance arose (admire & have links to Dembele) but never realistic.’

Ornstein also provided an update on ongoing negotiations over Aaron Ramsey’s contract, which expires next summer.

He described Arsenal as ‘optimistic’ but ‘not close’ to striking an agreement.