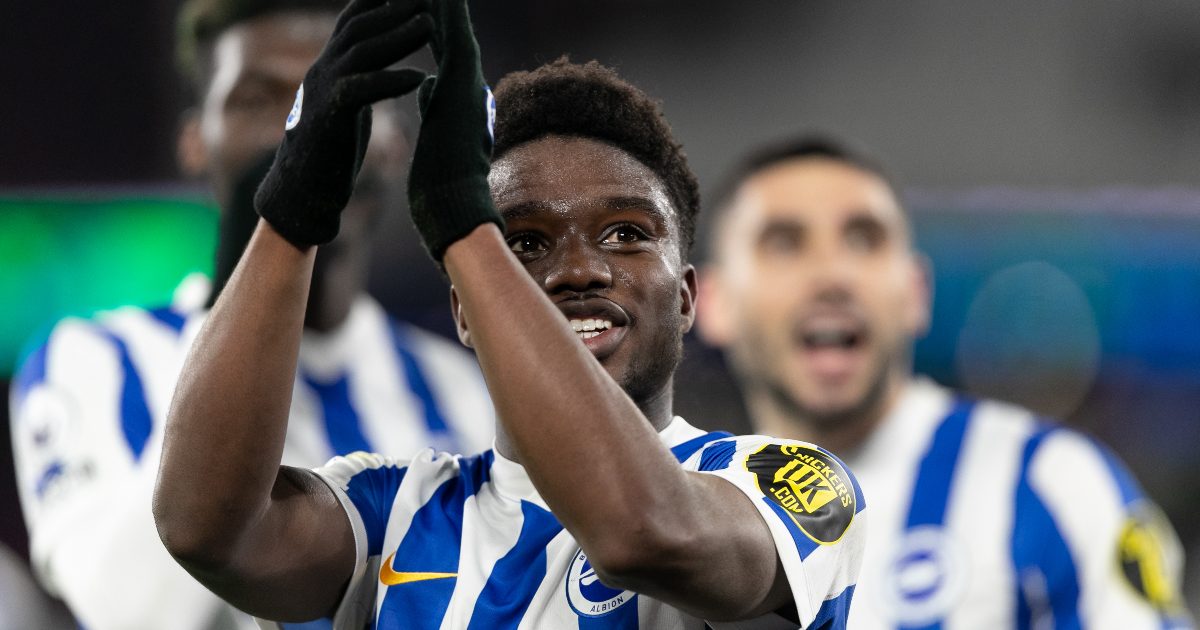 Arsenal are reportedly “looking to sign” Brighton & Hove Albion defender Tariq Lamptey, as he is an “exceptionally attacking full-back”.

The 21-year-old came through the ranks at Chelsea and he made his senior debut for them during the 2019/20 campaign.

He played three times for them that term before Brighton signed him for around £3m during the winter transfer window.

His 2020/21 campaign was impacted by injuries. But he has still been able to play 31 times for Brighton overall across all competitions.

Lamptey has shone for the Seagulls and he made his debut for England’s U21s last year.

Journalist Duncan Castles has revealed via The Transfer Window podcast that Arsenal are interested in Lamptey:

“What you have here is Arsenal, who had an interest in Lamptey when he burst onto the scene before that difficult injury that you referred to,” said Castles.

“They are looking again to sign him and exploring the parameters of the deal. I think Lamptey is an exceptionally attacking full-back. The limitation on him is his height and I think, therefore, he needs to play in a defence that either uses wing-backs or uses the full-backs progressively,” Castles said.

“With Brighton, the policy of the club is that if they get offers from higher-status teams which are attractive to the players, they will not stand in the way of the move, assuming their asking price is met – and that’s what we saw with Ben White.

“They wanted £50m for White, Arsenal went through a series of offers before they got to that number, and you may be looking at the same scenario with Lamptey who is under contract until 2025. Brighton will be happy to have discussions as long as their price tag for the player is achieved in the ultimate transaction.”

Elsewhere, Jamie Carragher has selected Aaron Ramsdale as his signing of the season:

“I went for Ramsdale because it was almost the biggest surprise to me when they brought him in. I thought they would bring him in as back-up, and almost bring him in as an English player because of the quota.

“He hadn’t impressed me, certainly in his Premier League time at Sheffield United and Bournemouth. It’s not just the saves he’s made. He’s a personality and a character.

“Already to go into a dressing room at Arsenal. Yes there are young players in there, but it’s still a huge club.

“Going into Arsenal as a young lad, a goalkeeper. I think he’s got a presence about him that I didn’t see that he had. I think he’s had a big impact on the team.”