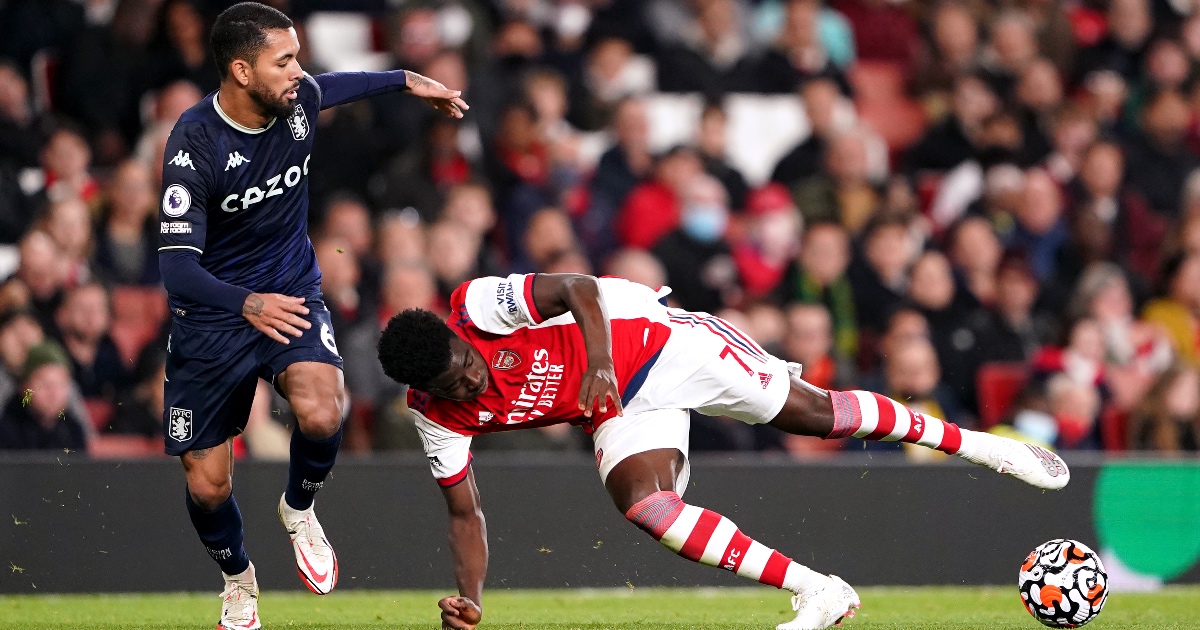 Arsenal are considering a move for Aston Villa midfielder Douglas Luiz in the January transfer window, according to reports.

Luiz is into his third season at Villa Park after joining from Manchester City in 2019 and has impressed immensely.

Mikel Arteta is thought to be an admirer, while City have even made attempts to bring him back to the club since his departure.

It was reported in November that he wanted to leave the club amid interest from Roma, and now The Sun claim Arsenal are plotting a move. Newcastle are also thought to be keeping tabs on him.

Arteta is seeking reinforcements in the defensive midfield department with Thomas Partey and Mohamed Elneny having left for the Africa Cup of Nations.

The Brazilian, who has 18 months left on his Villa deal, would initially partner Granit Xhaka in the middle of the park.

Despite giving away a needless penalty in Saturday’s 2-1 defeat to City, Xhaka has enjoyed a resurgence of late and has even been touted for the captaincy following Pierre-Emerick Aubameyang’s dismissal.

Andy Gray, though, feels he can’t be trusted, even with all his experience. Speaking after the City game, he told beIN SPORTS: “If you look at who committed the crimes here, it was two of the more senior players.

“Certainly Xhaka at 30 plus has not got the excuse of youth and naivety. He’s just nuts at times, he really is.

“You can’t rely on him. He’s given away a stupid penalty today with really poor defending.

“Gabriel, he’s not old but he’s experienced as well. He should know better. Don’t give the referee an opportunity to send you off.”

Arsenal’s stand-in head coach Albert Stuivenberg said of the result and performance: “Well, upset that we don’t end up with three points from this game.

“That’s the most frustrating part. At the same time, we are very proud about the performance of the players.”

Arsenal face Liverpool in the Carabao Cup semi-final on Thursday.