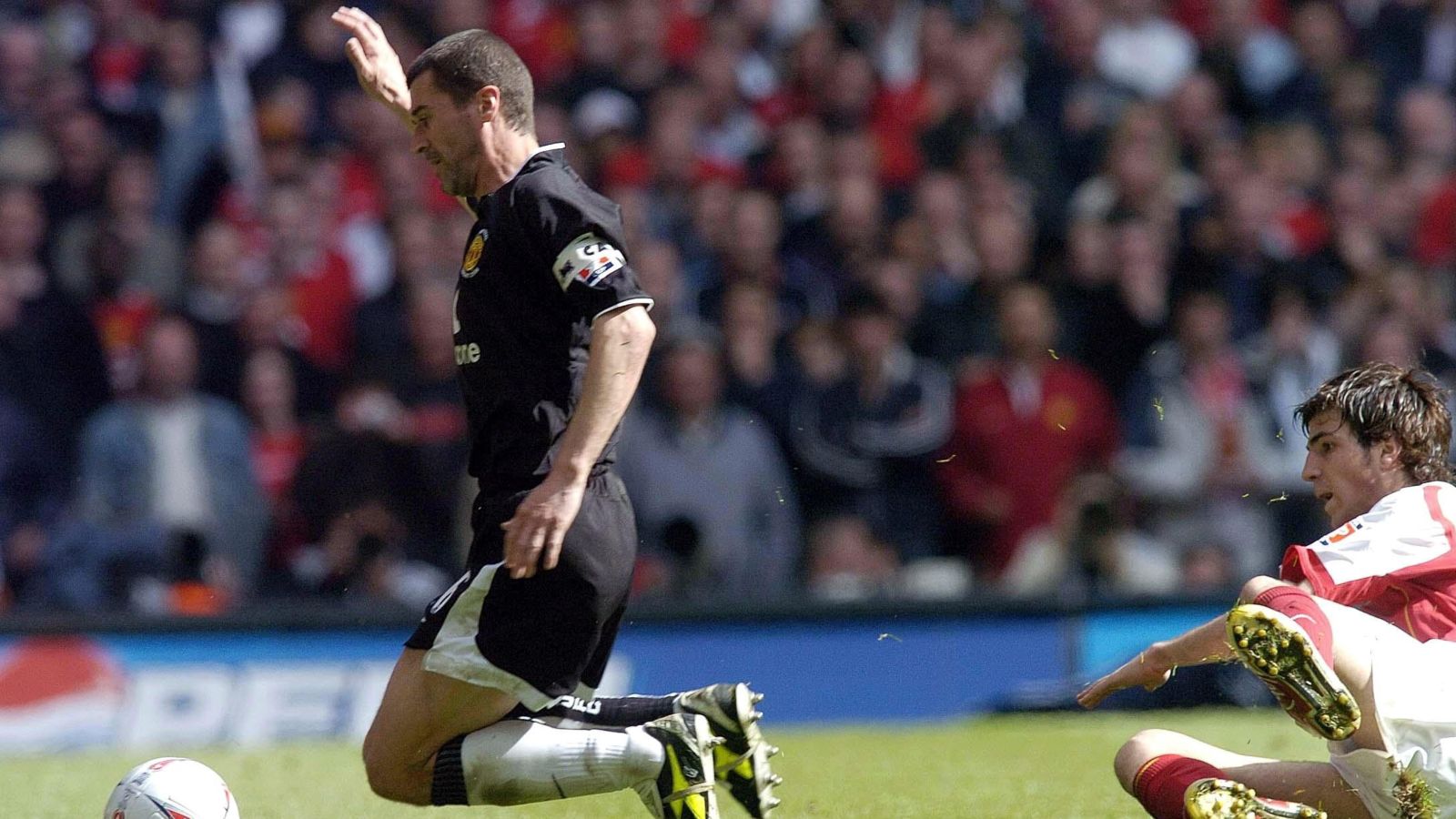 Former Arsenal midfielder Cesc Fabregas has revealed that ex-Man Utd captain Roy Keane told Gerard Pique that he wanted to “smash” him at half-time in a match.

The former Republic of Ireland international had a number of run-ins with Patrick Vieira over the years with the Gunners and the Red Devils clashing in numerous important Premier League matches in the early 2000s.

But it was another Arsenal player, Fabregas, who ruffled Keane’s feathers in the 2005 FA Cup final – which the Gunners eventually won on penalties – with the former Man Utd captain on the end of some tough tackling from the Spaniard.

And Fabregas has claimed that former Man Utd defender Pique told him that Keane said at half-time that he would “smash” the ex-Arsenal midfielder.

Speaking to The Times, Fabregas said: “I tackled Roy Keane really hard and I felt really good about it because he was always giving me a tough time.

“A few years later, Gerard Pique [his friend from Barcelona’s La Masia academy] said to me that at half-time Keane said, ‘That Spanish friend of yours, I will smash him, he killed me.'”

Keane is one of the best Man Utd captains of all time with Sky Sports pundit Gary Neville speaking in 2020 about the pressure of replacing him as skipper.

The former right-back told Sky Sports: “I’d had Roy Keane as the captain for 10 years. Roy left really quickly, unexpectedly part way through the season. It was a shock to everybody.

“You could never replicate Roy Keane. I came into the first team under Bryan Robson, Steve Bruce. These were special characters, people who had influence and power over a dressing room.

“I knew I couldn’t take over Roy Keane and be Roy Keane. I’m simply not, neither in character, personality nor influence. I wanted to be true to myself. I went down the route of trying to be the same person I was before.

“I think the reason Sir Alex chose me to be captain was simply it would have been me or Ryan Giggs. At the time Giggsy was in and out of the team because Sir Alex liked to rotate his forward players. With his defenders, I was playing every single week.

“He probably picked me because of the fact I’d be playing every single week but what I would say is that it was me, Ryan and probably Scholesy to an extent that were captains really in the way we worked together to set an example and the tone in the dressing room.

“Certainly different to the approach we had before with Roy. Roy was the most influential person I ever saw on a football pitch and off a football field. We couldn’t replicate that.”