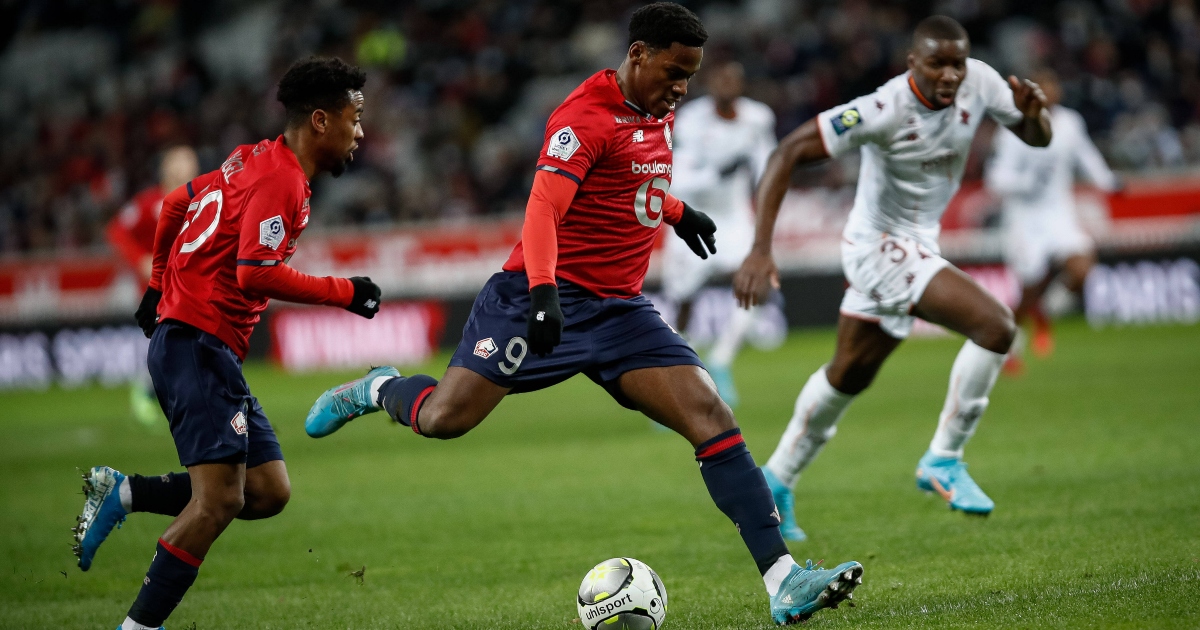 Interest in Lille striker Jonathan David is hotting up, with Arsenal reportedly making him “one of their priorities” in the summer.

The Gunners need to sign at least one new striker this summer. They are short on options after Pierre-Emerick Aubameyang left last month.

Alexandre Lacazette and Eddie Nketiah are still at the club but both players are out of contract at the end of the season.

Arsenal are in great form and are currently favourites to finish in the top four this season. They are one point above Man Utd in fifth, with three games in hand.

David has been in fine form this term as he has scored 13 goals from his 27 appearances in Ligue 1. He has also netted three times in the Champions League.

Drought over. Jonathan David's first goal in nine games, his 16th of the season. That Renato Sanches assist though… 😎 pic.twitter.com/9Jw7s9hKA7

“For us, the goal is to finish the season in Lille, but it will be his last season there for several reasons. I think the Premier League is a good option for him,” Mavromaras told Radio Canada.

According to Le10 Sport (via Sport Witness), Arsenal will battle Premier League rivals Liverpool for the striker’s signature in the summer.

The report states that David is ‘one of the priorities’ for the north Londoners, while the Reds have only ‘ticked his name’ for the summer and ‘are ready to position themselves’ if need be.

The 22-year-old has also been linked with West Ham and Man Utd.

“I don’t think they are going to re-sign Alexandre Lacazette. I am a big fan of Lacazette, the quality he brings players in around him with the physicality,” Groves said.

“I would bring in someone like [Dominic] Calvert-Lewin. I think he would fit in perfectly, his attitude is good, taught by Carlo Ancelotti and off the ball he can close down and press.”