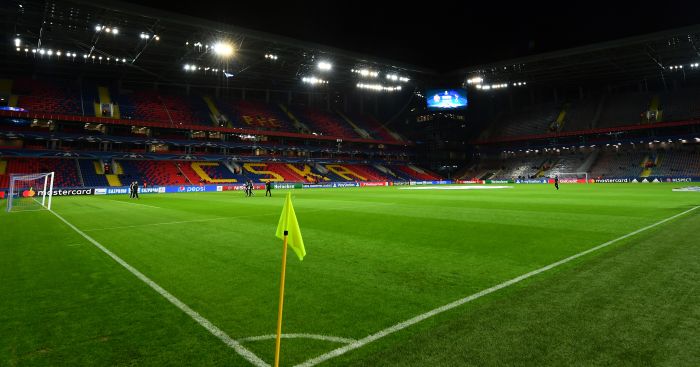 Arsenal supporters appeared to enjoy a trouble-free afternoon in Russia ahead of their Europa League tie with CSKA Moscow on Thursday evening.

The Gunners made the trip east having won the first leg of this semi-final 4-1, with an estimated 300 fans from Britain expected to be in attendance.

The number of away supporters inside Arena CSKA is likely to be doubled by those Arsenal fans from neighbouring countries to Russia.

There has been plenty of interest in the tie given the heightened tensions between the British Government and the Kremlin over the poisoning of Russian spy Sergei Skripal and his daughter with a nerve agent in Salisbury last month.

But, after Arsenal boss Arsene Wenger spoke on the eve of the game of football’s ability to “facilitate relations” and with no issues for Russian fans during the first leg in London last week, there were no reported problems in and around Moscow on the day of the return leg.

John Williamson, a committee member for the Arsenal Independent Supporters’ Association, who was one of the fans to make the trip to Russia, said he was never put off travelling and had felt safe since arriving on Wednesday.

“No, not at all,” he replied when asked by Press Association Sport if the political climate had put him off making the trip.

“You go to places like this and always expect some tension, but I have been to places like China in the past to watch Arsenal and had no issues at all, no apprehension about coming out here.”

Spending the day with @Welsh_Gooner and @DeeGunner_ exploring Moscow, of course we found some cannons. The deduction Arsenal fans show following the team to these places is incredible. 🔴⚪️ pic.twitter.com/CSqD0N07Mx

Asked about the hospitality of their Russian hosts, Williamson added: “They have been lovely, all talkative.

“When they know we are English they have gone out of their way to make us feel welcome, so they have been very, very nice. You hear rumours about ultras potentially attacking fans and thing,s but from what I have seen there has been nothing at all.”

Navigating the tricky Moscow Metro appeared to be the only complaint from some fellow Arsenal supporters.

Wenger admitted for the first time on Wednesday that the Europa League is now the club’s priority, the competition not just the only piece of silverware still available to Arsenal this season, but also their best chance of a route back into the Champions League, given they are 13 points adrift of the top four in the Premier League.

“We could get fifth, could get seventh, but I believe sixth is where we are going to end up,” Williamson said.

“This is obviously the only route into the Champions League, so it is the be all and end all and it is a chance of winning a trophy which, as a football fan, is what you want to see.”