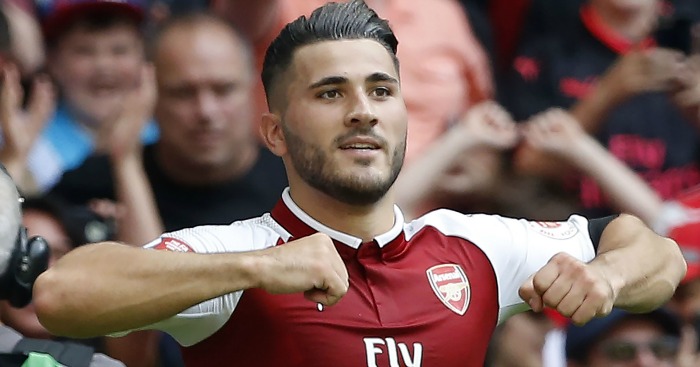 Arsenal fans have voted for the club’s August player of the month, with Sead Kolasinac winning out.

The left-back, who arrived from Schalke on a free transfer this summer, started each of the club’s first two Premier League games of the season, and put in a match-winning performance in the Community Shield against Chelsea.

He recorded one assist in the 4-3 win over Leicester, but could not help the Gunners as they lost 1-0 to Stoke.

In what is almost certainly a message to Arsene Wenger, Arsenal fans voted Kolasinac as their best player of August, with Alexandre Lacazette in second.

Both players were dropped from the starting line-up for the club’s crushing 4-0 loss to Liverpool before the international break.

The Arsenal website praised Kolasinac for his ‘physical strength and robust performances’ in the first month of the season.