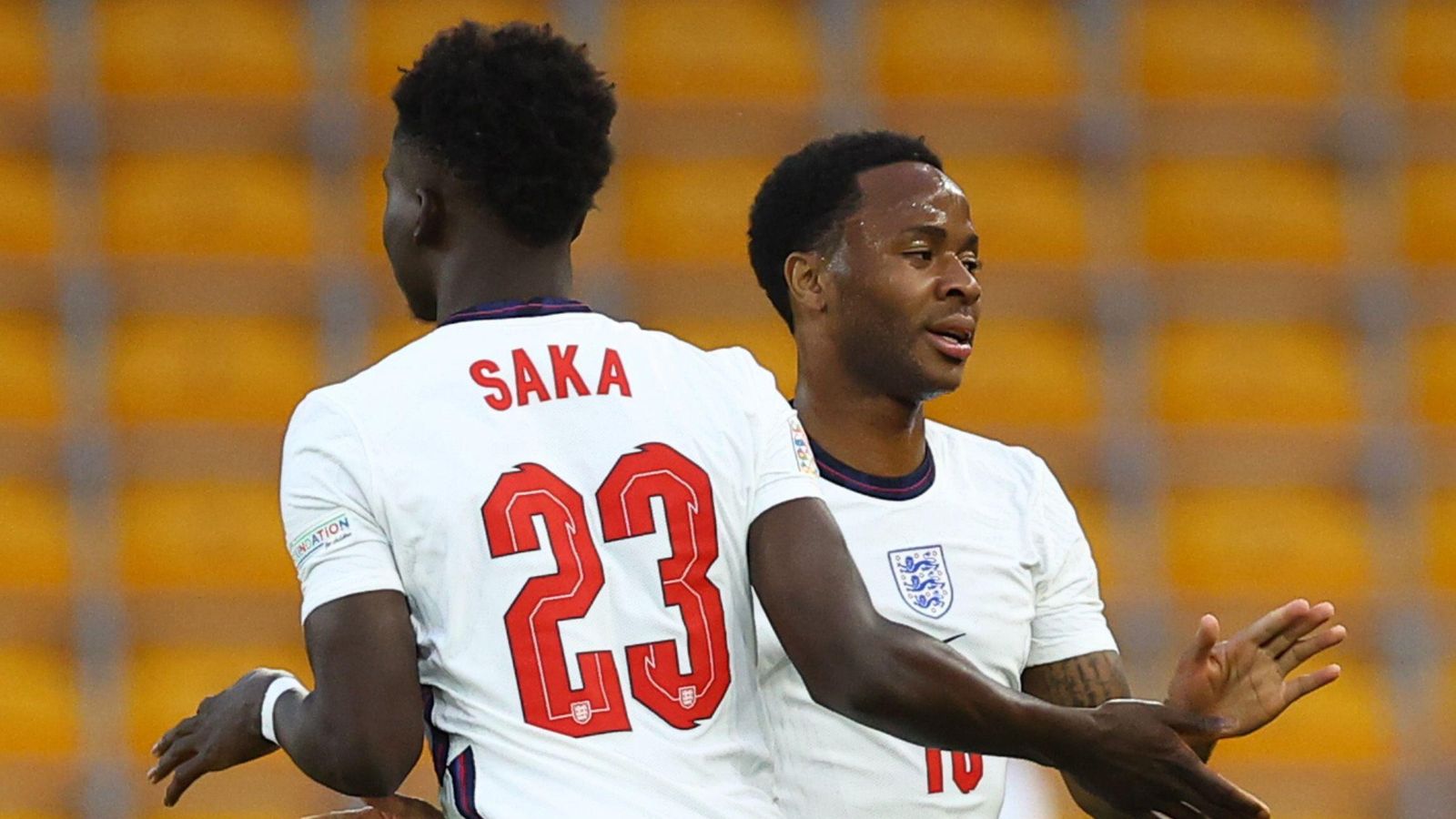 Arsenal are stepping up their attempts to tie Bukayo Saka down to a new contract amid interest from Manchester City, according to reports.

The England international has just less than two years remaining on his contract at the Emirates Stadium with the deal expiring at the end of June 2024.

Saka has scored 23 goals in 131 appearances for the Gunners since making his senior debut in November 2018 and was a key player last term, contributing 11 goals and seven assists in 38 Premier League appearances.

And now the Daily Mail claims that Arsenal will ‘accelerate their attempts to lock Bukayo Saka into a new contract amid concerns that Manchester City view their youngster as Raheem Sterling’s dream replacement’.

Sterling swapped City for Chelsea earlier this week in a £45m deal and leaves the club after scoring 131 goals in 339 appearances for the Citizens over seven seasons.

And now City have ‘already identified’ Arsenal star Saka ‘as their No.1 long-term target to take the departed 27-year-old’s place in [Pep] Guardiola’s squad’.

Despite a ‘feeling at the Emirates that Saka, despite the interest from City, can be persuaded to sign a new deal’, it is understood that Arsenal could need finish in the top four this season to persuade him to stay.

The Daily Mail adds that Saka ‘is keen to play in European football’s top club competition’ and Champions League football could be a ‘key factor’ in persuading the England international to stay.

‘It remains highly unlikely that Arsenal will consider selling Saka this summer as Mikel Arteta views the attacker as crucial towards his plans to finally break into the top-four.

‘But the prospect of City moving for Saka in either the January or next summer’s window will escalate if Arsenal fail to sign him to a new contract.’

“Arsenal should not want to sell players who have come through their youth policy that have been developed under the regime of Arsenal’s mentality, that have come into the first team after all the endeavours of their academies to bring a young player through and then not be able to find some sort of solution to the conundrum of signing a new contract,” Jordan told talkSPORT.

“It will be a disappointing day at Arsenal if they don’t find the keys to the door to unlock the problem they’ve got with this kid signing a new contract. This would be a massive failing on the part of Edu, Arteta and anyone else at Arsenal that controls the direction of travel on this boy’s career.

“The balance of power has shifted towards players and there needs to be a recalibration of that. It can’t all be about players like [Kylian] Mbappe who suddenly start running football clubs from who the director of football is to who the manager is.

“We are in that territory, it’s not cool and not great for football. Arsenal should not sell him and deal with his contract and lock him down.”