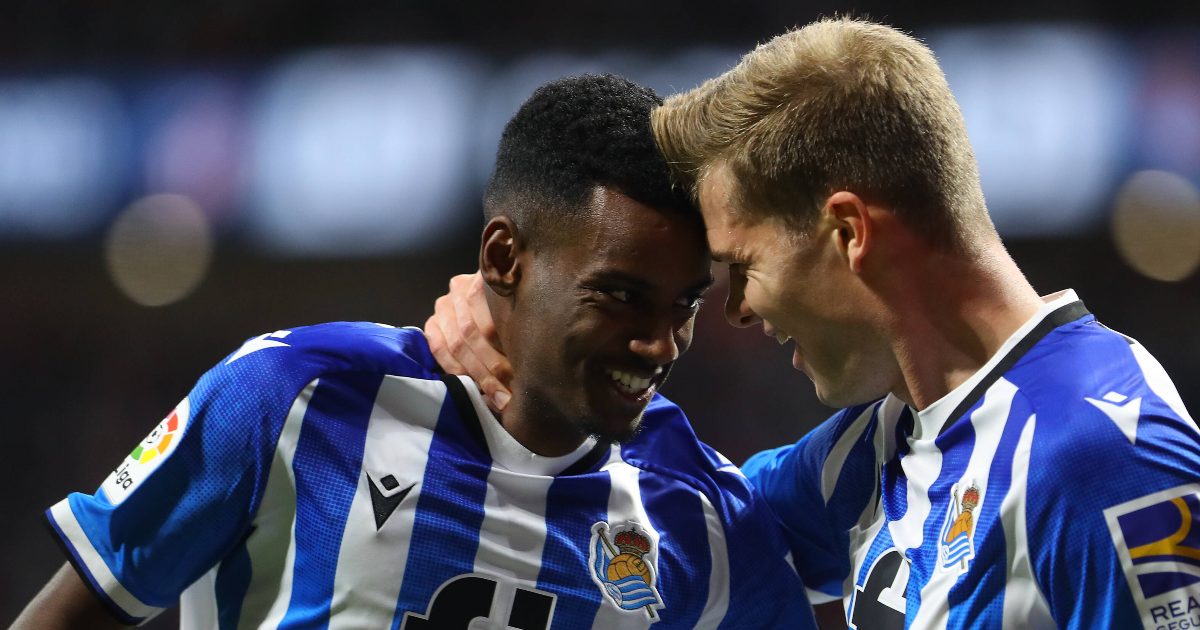 According to reports, Arsenal did not buy Alexander Isak from Real Sociedad in January as they believe that his £75m release clause is ‘over his true market value’.

The Gunners were in the market for a new striker during the transfer window. They targeted Dusan Vlahovic, but he eventually opted to sign for Juventus.

Arsenal have also been linked with Real Sociedad star Isak over the past few months.

The former Borussia Dortmund forward has been involved in ten goals from his 25 appearances this season.

The Athletic have confirmed that a new striker was a ‘priority’ for Arsenal heading into January.

It is said that their attempts for Isak ‘were never strong enough to pull off a deal’. The forward has a £75m release clause.

The report adds that Arsenal did not trigger this clause as they believe this fee is ‘over his true market value’.

Isak has recently stated that he is focused on performing well for Real Sociedad:

“I am not talking about other clubs,” Isak told Mundo Deportivo.

“I am a Real player, I work here and this is my club. My work is on the pitch, and as I told you before, there are other people who work outside.”

When asked if he will remain at Real Sociedad, Isak said: “You can never be sure of anything.

“As I always say, you never know what can happen in football. But in the end I’m here, happy, and nothing more.”

He arrived in Barcelona on Monday morning, sparking rumours of a loan move to the La Liga side although confusion reigned as no agreement had been reached as deadline day drew on.

Talks progressed during Monday and Arsenal announced the following day that they had agreed to allow Aubameyang to leave the club by mutual consent.

And following the official announcement this morning, The Times claimed that the free transfer ‘required the north London club to pay him a lump sum, believed to be almost £7 million, to terminate his £350,000-a-week contract with them’.

The Gabon international is ‘believed to have taken a pay cut’ to join the Catalan giants. An £83m release clause is contained in his contract at the Camp Nou.