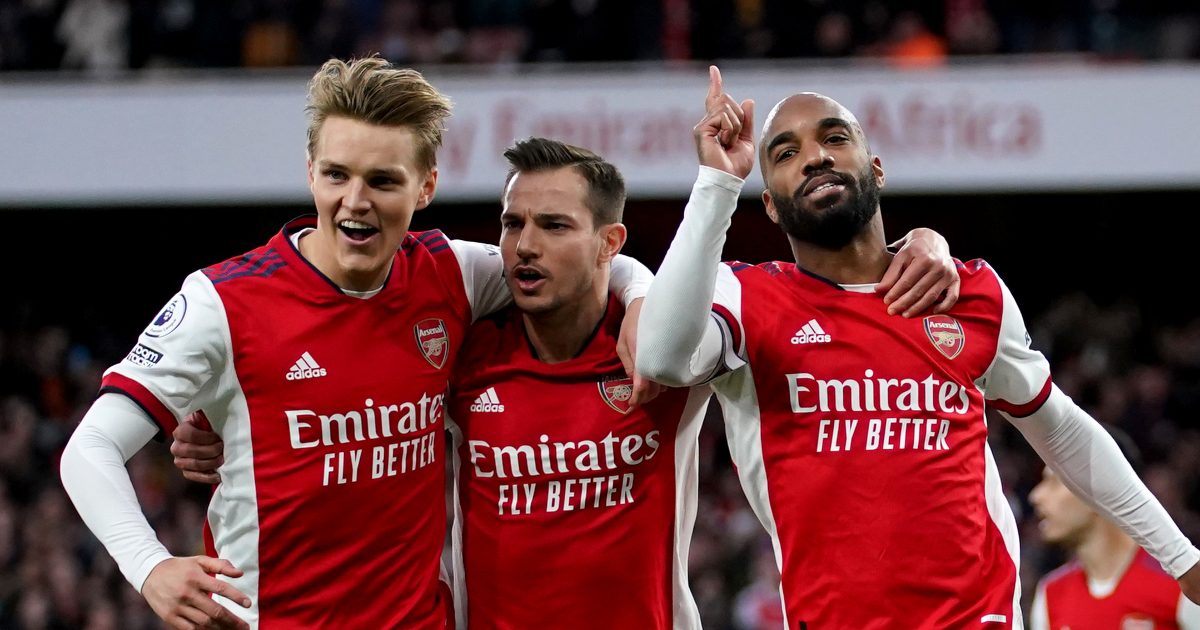 Former Liverpool defender Glen Johnson has suggested that Arsenal are “five players off challenging for the Premier League title”.

The Gunners started the 2021/22 season poorly as they lost their first three games. These defeats came against Brentford, Chelsea and Man City.

Arsenal were written off after these defeats but they have recovered in recent months.

They are now fourth in the table as they have won their last five Premier League games.

Mikel Arteta’s side are a point above fifth-placed Man Utd. The Londoners also have three games in hand over the Red Devils.

The first of these games in hand take place on Wednesday as Arsenal host Liverpool. They are currently 15 points adrift of Jurgen Klopp’s side.

“Liverpool will beat Arsenal on Wednesday, but Gunners are just five players off challenging for the title,” Johnson said (via The Mirror).

“Right now, you’ve got to say this is a slippery fixture for Liverpool; if this game was being played a couple of months ago, you’d put it down as an easy win. But I don’t think that’s the case now.

“Arsenal have found some form, they’re playing really well and they’re winning games. They’re digging out results now, and they didn’t have that backbone a couple of months ago.

“They’ve got themselves into fourth spot quietly, and I think it’s going to be a really tough game for Liverpool. If I had to stick my neck out, I’d say Liverpool edge it 2-1.

“There’s absolutely no chance that anyone would’ve backed Arsenal for a top four spot even two months ago, let alone the start of the season. They had such a bad start, but Arteta deserves a lot of credit, and what he’s done very well is get rid of the bad apples in that team.

“Some eyebrows were raised when certain players went out the door, but he knows that squad much better than we do, and now look what the team are doing – they’re clearly in a much better place both on and off the pitch without some of those players.

“The team he’s got at the moment isn’t good enough to compete for the title – yes, they’re on a good run right now, but once you make the top four and you’re in the Champions League you’ve then got to think about the next step. And if they want to close that gap on the top two or three in the league, they still need to improve and bring in reinforcements.

“They certainly need a new striker in the next transfer window, and then a couple of midfielders and centre-halves. Listen, they’ve got some decent players. But they’re not good enough to be competing with the best in the division consistently.”