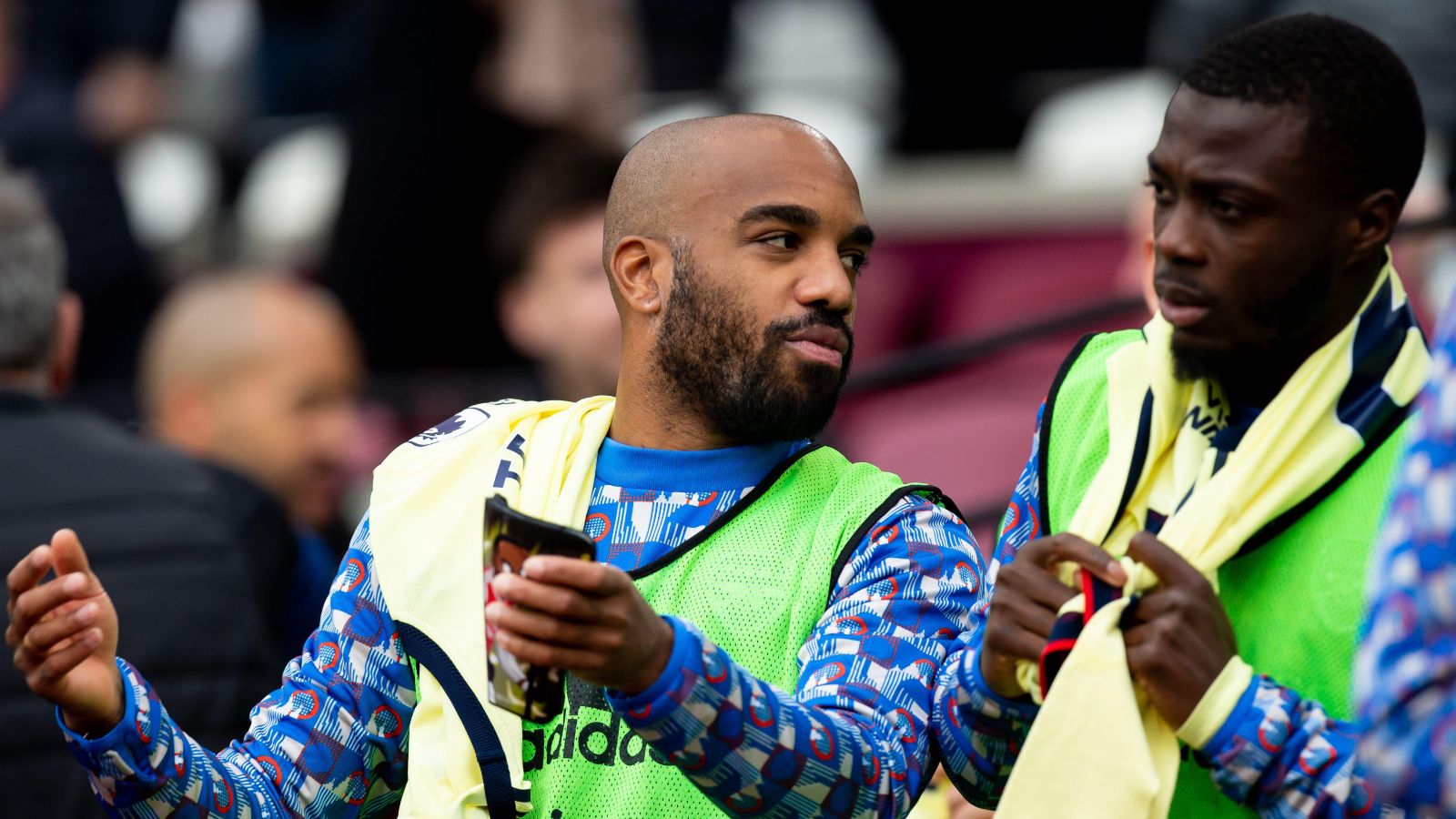 Arsenal forward Alexandre Lacazette is reportedly ‘set to sign’ his contract ahead of his free transfer back to Ligue 1 side Lyon.

The 31-year-old progressed through the ranks at Lyon. He netted 129 goals in 275 games for the French side.

This form tempted Arsenal to break their club-record transfer fee to sign Lacazette in 2017 for £46.5m.

The striker has spent five years in the Premier League with Arsenal. He helped them win the FA Cup in 2019/20.

Lacazette grabbed six goals and eight assists in 36 outings during the 2021/22 campaign. He did not start any of their last eight Premier League games.

His contract is due to expire and Fabrizio Romano has revealed that his ‘set to sign’ for Lyon on a free transfer.

He is understood to have ‘completed his medical tests’ so an ‘official statement is expected soon’.

Meanwhile, it is being reported that Arsenal are leading the race to sign Leicester star Youri Tielemans this summer.

The Belgian midfielder joined the Foxes for £40m in 2019 after a successful loan spell in the second half of 2018/19.

He was named Leicester’s Player and Players’ Player of the Season last season after he helped them finish fifth and scored the stunning winner to claim the club’s first FA Cup.

And with a year left on his contract at the King Power Stadium, the 25-year-old told reporters on Tuesday that he is open to a new challenge.

“(Leaving) is not out of the question,” Tielemans said. “But I can also stay.

And now Belgian outlet DH Net claim ‘Arsenal are in pole position to land his services’.

The report adds that the midfielder is keen on a move to the Emirates, which Leicester could well be open to as they would otherwise risk losing him for nothing next summer when his contract expires.