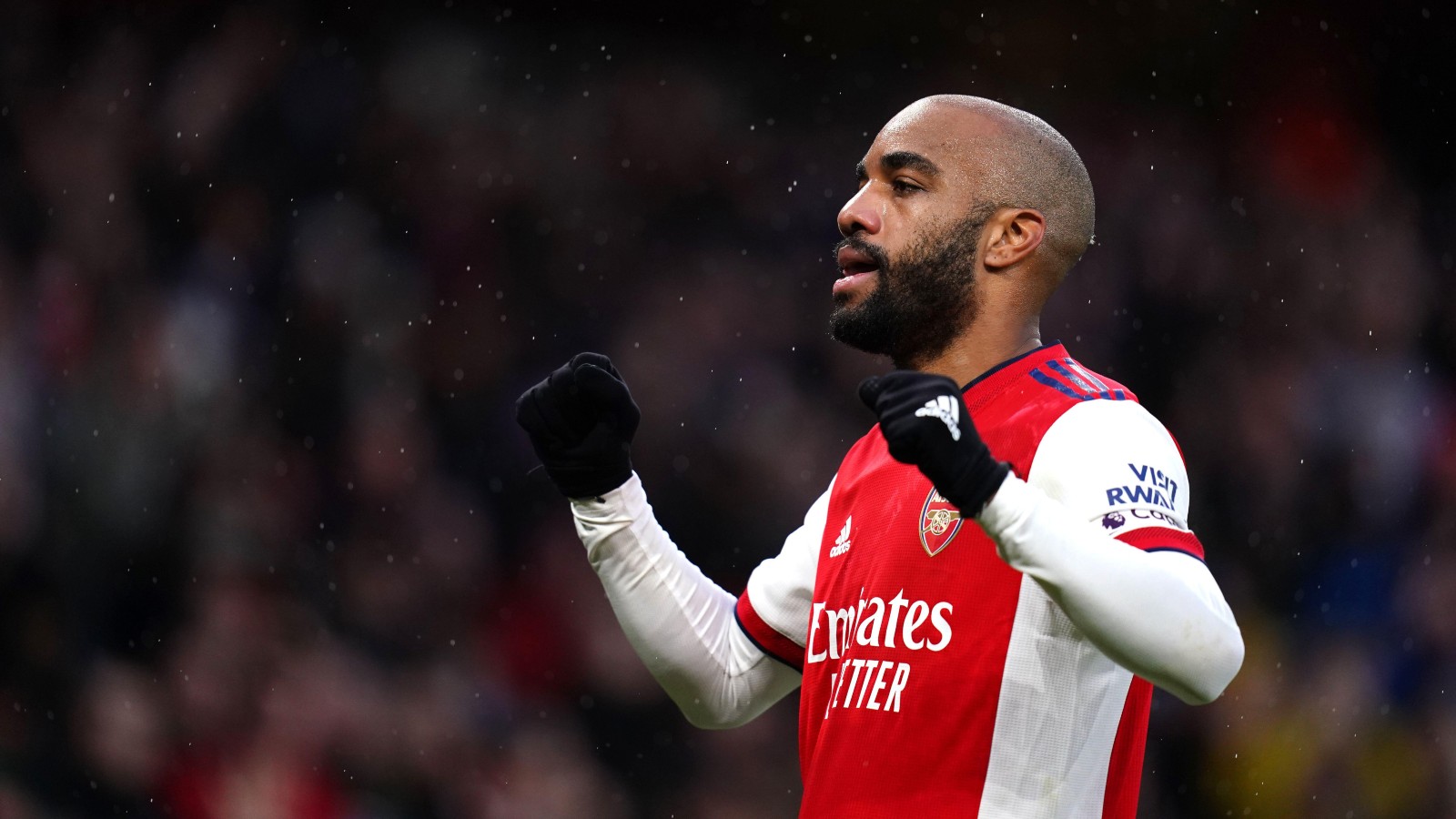 Arsenal forward Alexandre Lacazette has agreed terms with Lyon and is expected to re-join his former club this summer.

The French forward is out-of-contract at the end of this month and has been widely expected to leave the cluyb after a poor season in front of goal.

Arsenal have been very reliant on their midfielder for goals this season with Lacazette scoring just four Premier League goals all season.

Fellow forward Eddie Nketiah enjoyed something of a rejuvenation towards the end of the season and could yet remain at the club.

They had started the season with Pierre-Emerick Aubameyang but the Gabonese forward fell out with manager Mikel Arteta and moved to Barcelona in the January transfer window.

Aubameyang’s departure put a lot of pressure on Lacazette and he 31-year-old struggled to deliver in front of goal but his all round play, at times, helped the likes of Bukayo Saka, Emile Smith Rowe and Gabriel Martinelli thrive.

And it would now appear that Lacazette wont be seen in a Gunners shirt again with The Athletic reporting that he has agreed terms with Ligue 1 side Lyon over a return.

Alexandre Lacazette has agreed to return to Lyon, where he scored 129 goals in 275 appearances before making a then club record transfer to Arsenal in 2017. Story @TheAthleticUK https://t.co/Xrbws3uFBW

Lacazette shone in France before his move to England, scoring 20+ goals in three consecutive season prior to his £46.5m move to Arsenal.

He will now return to the club after scoring 71 goals in 205 appearances in a red shirt.

Meanwhile, out-of-contract goalkeeper Ben Foster has admitted he would love to go to Arsenal to be back-up to first-choice Aaron Ramsdale.

Speaking on his own Fozcast podcast, Foster said: “Yeah I think I would to be honest with you.

“If I’m signing for a club as a number two goalkeeper, depending on who the first-choice goalkeeper is, so say it was someone like Arsenal or even Aston Villa for example where you’ve got the first choice goalie I know is a world-class goalkeeper.

“So someone like Ramsdale or Emi Martinez, I know I’ve got a world-class goalkeeper in front of me who’s still at an age where they’re learning and they can get better – because they can, they’ve got the potential.

“I will, at that point, say, ‘Right I am going to help you as much as I can to maximise your ability and make sure that you become an absolute monster, a beast, and give you all the tools that I’ve learned.’