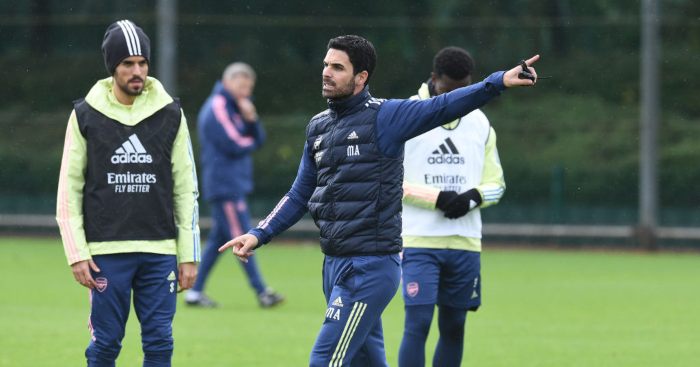 Former Arsenal head scout Francis Cagigao claims that in Mikel Arteta the Gunners have an “ideal manager” while hailing the signing of Thomas Partey.

Arteta has enjoyed an excellent first ten months in the job, overseeing a wonderful summer transfer window after delivering the FA Cup and Community Shield to north London.

Speaking to Sid Lowe in an interview with The Guardian, Cagigao said: “He has a combination of ambition, talent, youth and a fantastic apprenticeship under Pep Guardiola, evidentially one of the world’s best coaches. He’s been an Arsenal player and has those values. Arsenal have the ideal manager.”

Partey was a long-term target for Arsenal, who finally landed the Ghana international on transfer deadline day as they paid his release clause – reported to be £45million – to get him from Atletico Madrid.

Despite talks of the move being dead in the water as the end of the window neared, Arsenal boss Arteta remained confident they could get their man.

On the signing of Partey, Cagigao added: “The department will have played a strong part in what happens in the next year or so. They have more options up front than probably than any Premier League side.

“You’ve got a very good midfield combination; two fantastic, expansive full-backs; a centre-back who has come in. It’s well-balanced, very strong. I don’t see many better squads than Arsenal’s.

“At Almería, Thomas was different to the player we’ve seen at Atlético: more advanced, more box-to-box, attacking. I think we’ll see a Thomas Partey with the shackles off. He played in a constricted midfield unit [at Atlético] where it was all about positional play; now he might add things to his game that we haven’t seen much, bar with Ghana.

“He’s a player we pursued for a long time and strongly recommended, a great addition, a prototype we didn’t have. He could be the final piece to the jigsaw that makes Arsenal challenge for the title.”