The Gunners have 'have taken a dim view to the defiant interview' in which Ozil addressed a number of topics. 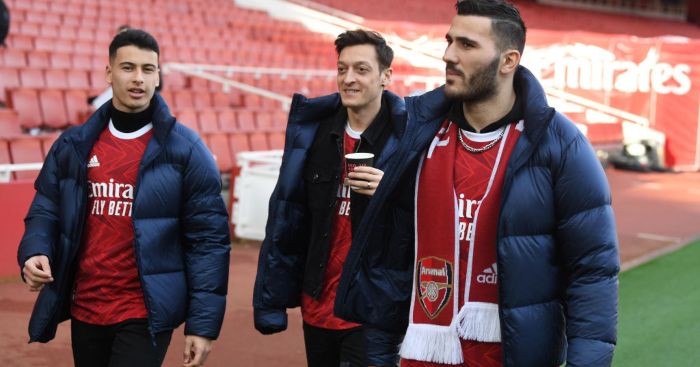 Arsenal have been ‘left furious’ at Mesut Ozil after he defended his decision to refuse a pay cut in an interview with The Athletic on Thursday.

GOSSIP: Pep to rescue Winks from Spurs for £40m

And Ozil decided to speak to The Athletic about his side of the story, being left out by Mikel Arteta since the Premier League restart and number of other issues.

On being left out recently, he said: “You don’t play 10 games in a row if you’re unfit, not good enough or don’t behave well.

“If I played these games badly and was then left out completely for that reason then I might understand, but this was not the case.

“Possibly the decision affected my chances on the pitch, I don’t know. But I’m not afraid to stand up for what I feel is right and when you see what has happened now with the jobs, maybe I was.”

And the Daily Mail claims that Arsenal are ‘angry with Mesut Ozil after the midfielder broke ranks’ after the German playmaker ‘was given permission to start his summer break early’.

The Gunners have ‘have taken a dim view to the defiant interview’ after Ozil insisted the Arsenal players were “rushed into” a pay cut “without proper consultation”.