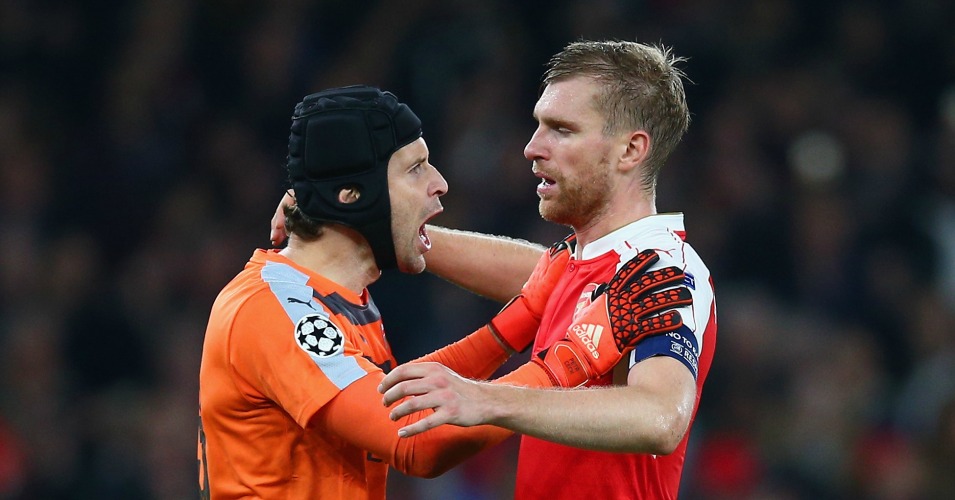 If anybody should know how to sit deep, force a team into sterile possession, get the ball forward quickly and dangerously, and then take advantage of defensive or goalkeeping errors at a set-piece, it is Arsene Wenger. He has been Bill Murray in that storyline for at least a decade. Against Bayern he grasped the opportunity to direct Groundhog Day rather than be the exasperated victim of its grinding repetition. One (hyphenated) word: Box-office.

Echoing their performance at Manchester City in January, Arsenal accepted their own inferiority, ceded possession, broke with pace, waited for frustration to breed errors and prayed for the soupcon of luck that such tactics require. He knew there was a reasonable chance it would work because he has seen it happen so many times before. He is an expert. There is no better poacher than a hungry gamekeeper.

When Arsenal lost 2-0 to West Ham in August, they had 62% possession, a pass completion rate of 87% and 22 shots, six of which were on target. The most important statistic of the afternoon was the 1 (one) massive clanger dropped by Petr Cech.

When Bayern Munich lost 2-0 to Arsenal in October, they had 73% possession, a pass completion rate of 91% and 21 shots, six of which were on target. The most important statistic of the night was the 1 (one) massive clanger dropped by Manuel Neuer.

The Gunners ended the game with just two of their starting XI recording average touch positions in the opposition half; they allowed Xabi Alonso to have comfortably more touches in 70 minutes than Santi Cazorla and Francis Coquelin together in 90. This was textbook bus-parking from a man who has been sat in his sports car impatiently beeping at a whole fleet of buses.

It could have massively backfired. Those tactics rely heavily on the superior side being flawed. Arsenal were incredibly lucky that the recently deadly Robert Lewandowski came unarmed, that Douglas Costa’s brutal dismantling of Hector Bellerin was not matched by an end product and that Neuer made an uncharacteristic mistake.

And yet there was nothing lucky about the way Nacho Monreal kept Thomas Muller quiet, Per Mertesacker proved that his anticipation remains undimmed in games when pace is irrelevant and Petr Cech predictably showed why picking David Ospina in the Champions League was a grave error.

On the day that Wenger was named on the shortlist for the Coach of the Year award, he reminded us why the rest of Europe laughs at the English/Portuguese notion that he is a one-trick pony who has become a specialist in failure. On days like this we almost feel sorry for Piers Morgan.

Wenger's on FIFA's 10-man shortlist for Coach of the Year?? After failing to win either CL or PL in more than a decade?? Ridiculous.

Wenger got it all right tonight. I salute him on a tactical masterpiece. #AFCvBAY