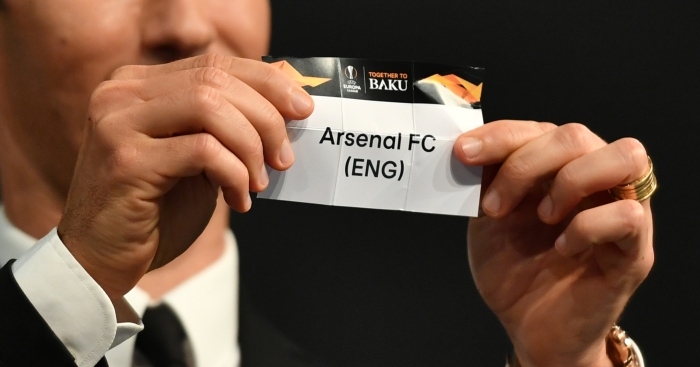 Chelsea manager Maurizio Sarri got his wish to avoid former club Napoli after the Italian side were drawn to face Arsenal in the quarter-finals of the Europa League.

Chelsea will take on Slavia Prague in the last eight following the draw in Nyon, which also produced an all-Spanish clash between Villarreal and Valencia.

The remaining tie sees Benfica take on Eintracht Frankfurt, with the winner facing Chelsea or Slavia Prague in the semi-finals.

Arsenal will face Villarreal or Valencia in the last four if they can get past Napoli, with the first leg switched to the Emirates to avoid two ties being played in London on the same night.

🤩 The quarter-finals draw in full 🤩

The draw keeps alive the possibility of an all-English final in Baku, Azerbaijan on May 29.

Arsenal boss Unai Emery has already lifted the trophy three times with former club Sevilla and saw his side overturn a 3-1 first-leg deficit in the last-16 against Rennes on Thursday.

Chelsea cruised into the last eight with an 8-0 aggregate win over Dynamo Kiev.