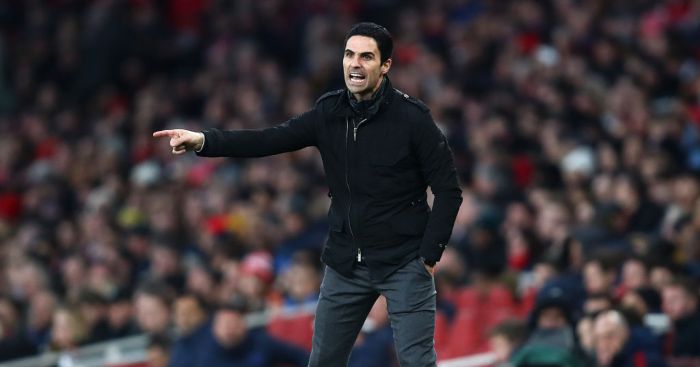 Arsenal will give Mikel Arteta ‘substantial’ funds to improve the club’s defence, according to reports.

The Spaniard has one point from two matches in charge against Bournemouth and Chelsea, with a defeat 2-1 against Frank Lampard’s side meaning Arsenal have now only won once in 15 matches in all competitions.

And the Daily Mirror claims that Arteta will be backed ‘with funds to strengthen his creaking defence’ in January.

Dayot Upamecano, who has been heavily linked with Arsenal over the last few weeks, is ‘high on Arsenal transfer plan’ and the defender ‘could be allowed to leave next month’.

A report on Monday claimed that the Gunners and Tottenham would go head-to-head over the RB Leipzig centre-back with both sides willing to pay the German outfit’s £50m demands.

Arsenal – who currently occupy 12th position in the Premier League – have let in 30 goals so far this season in the league.

The Daily Mirror on Tuesday continues by saying Arsenal are ‘big admirers’ of Upamecano and, with their ‘major injury worries’, the north London club could even ask William Saliba – who they signed in the summer – to join early after loaning him back to St Etienne.