Home All The News Arsenal have £44m, £30m bids rejected for Lacazette, Lemar 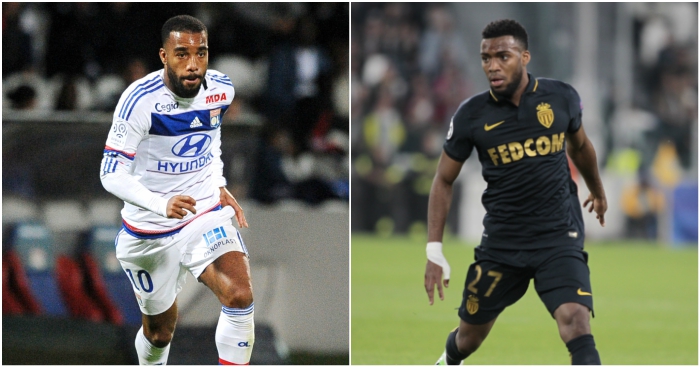 Arsenal have had bids rejected for both Alexandre Lacazette and Thomas Lemar.

The Gunners have signed one player so far this summer, with left-back Sead Kolasinac arriving on a free transfer from Schalke.

Arsene Wenger is thought to want at least two forward players as the club prepare for life in the Europa League.

Lacazette has been the subject of long-held interest from the Emirates Stadium, and BBC and many other outlets report that the north London club have lodged a bid for him.

The offer is thought to be of at least £40million, but Lyon are holding out for around £57m for their leading striker.

Arsenal have also had an offer rejected for Monaco winger Lemar, according to numerous sources.

The French international, who has also been courted by Tottenham this summer, is high on Wenger’s list of priority signings.

The club have had a £30.74m bid rejected for the 21-year-old, and although Monaco are unwilling to part with the player, Arsenal are likely to pursue him.

A move for Kylian Mbappe may yet be considered, but the money involved in such a deal is likely to be too much for Wenger to sanction. The plundering of Monaco could continue, but this is all part of the plan.

Arsenal have spent £20m or more on just four players in their history. Are they about to do the same with two this summer alone?