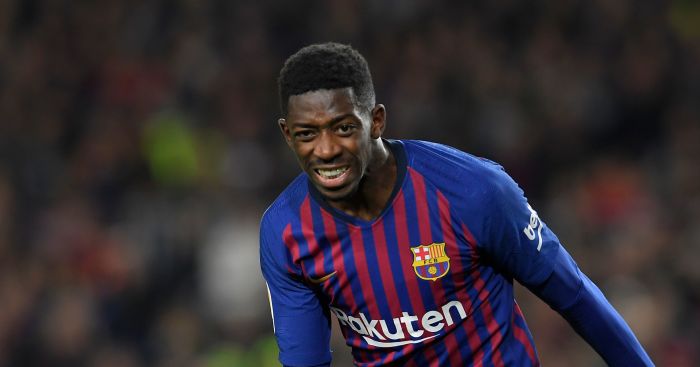 The Barcelona attacker was signed by Mislintat at Dormund and the German has spoken about the France forward’s glowing talent amid talk that he is on Unai Emery’s list of January targets.

Emery is believed to be in the market for a forward to replace the injured Danny Welbeck and Sport reported last month that Arsenal had followed up on their initial interest in Dembele by launching a firm enquiry for the Frenchman.

Goal reported that Dembele had asked officials at Barcelona to allow him to leave when the transfer window a story which Barca boss Ernesto Valverde since poured cold water on.

But what is clear is that Mislintat, who has already lured Dortmund old boys Sokratis Papastathopoulos, Henrikh Mkhitarayan, Pierre-Emerick Aubameyang to The Emirates, is a firm fan of the 21-year-old, who cost Barca a whopping €145 million in 2017.

“I saw him, he had not even played for Stade Rennes in the first team,” Mislintat told Zeit. “I bet he did not know which foot he used in certain situations because he just did not think about it.

“I felt this is a really special player. Shinji Kagawa was one of those. We were in Japan ten times, but actually I was safe after the first 30 minutes of play. Nobody could grab it. With one move, he changed the entire direction of the game.

“The change (his departure from Dortmund) was made by the signatures of the club officials, not by a strike. As a club, we must channel the strengths and weaknesses of our players and stop complaining.

“Ousmane did not come to training – right. But this ability to develop strategies to exploit every gap was worth gold on the field.

“Ousmane decided to play games for us and was significantly responsible for the 2017 cup victory.

“Many of these top players who make the difference come from different environments, where they became hungry for promotion and success. They have a special intrinsic motivation.”