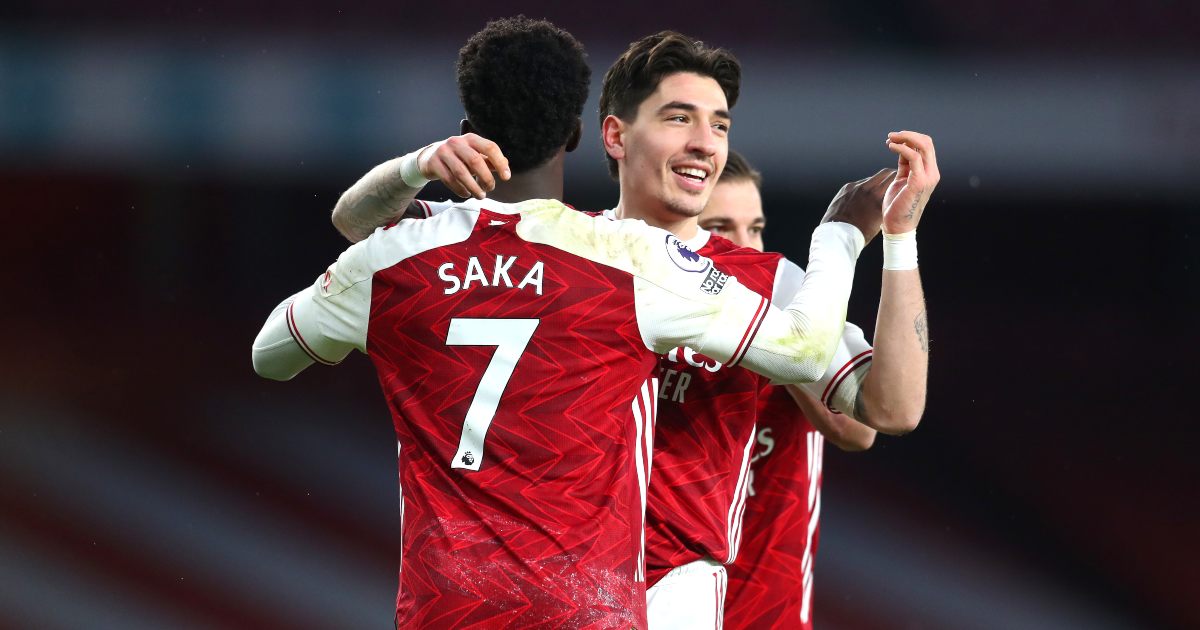 Hector Bellerin is set to leave Arsenal this summer following talks with Mikel Arteta, according to reports.

The Spaniard, who has been at the Emirates Stadium for ten years, is the subject of interest from the likes of Barcelona and Paris Saint-Germain, with the latter reportedly making an offer of £30m in the summer.

Arsenal and Bellerin’s performances have been below par this season with the Gunners sitting 11th in the Premier League table with 13 matches to play.

OPINION: Saka the hero Arsenal need, but not the one they deserve

And ESPN claim that the 25-year-old ‘could leave Arsenal this summer as part of an agreement’ with Arteta after ‘heart-to-heart talks’ convinced him to snub interest last summer.

During those talks ‘Arteta asked Bellerin to give the club one more season and in return, they would consider an exit this summer.’

The report written by ESPN‘s James Olley adds: ‘Sources have confirmed there are no open conversations between Bellerin and the club regarding his future, but there is a sense from both sides that with two years left on his contract, this summer represents the right time to move on after a decade at the Emirates.’

“Bellerin, by his own admission, has not been ripping trees up. He was getting exposed at times,” Campbell told Football Insider.

“Maitland-Niles really sured up the right-hand side when he came in earlier this month. The performances were a lot more solid, especially on that right-hand side.

“There is a question to be asked of Bellerin and a lot of fans are asking it. Will the club sell him?

“There is rumours of Barcelona’s interest. It is his boyhood club, the club he loves and maybe that would be a good bit of business.”