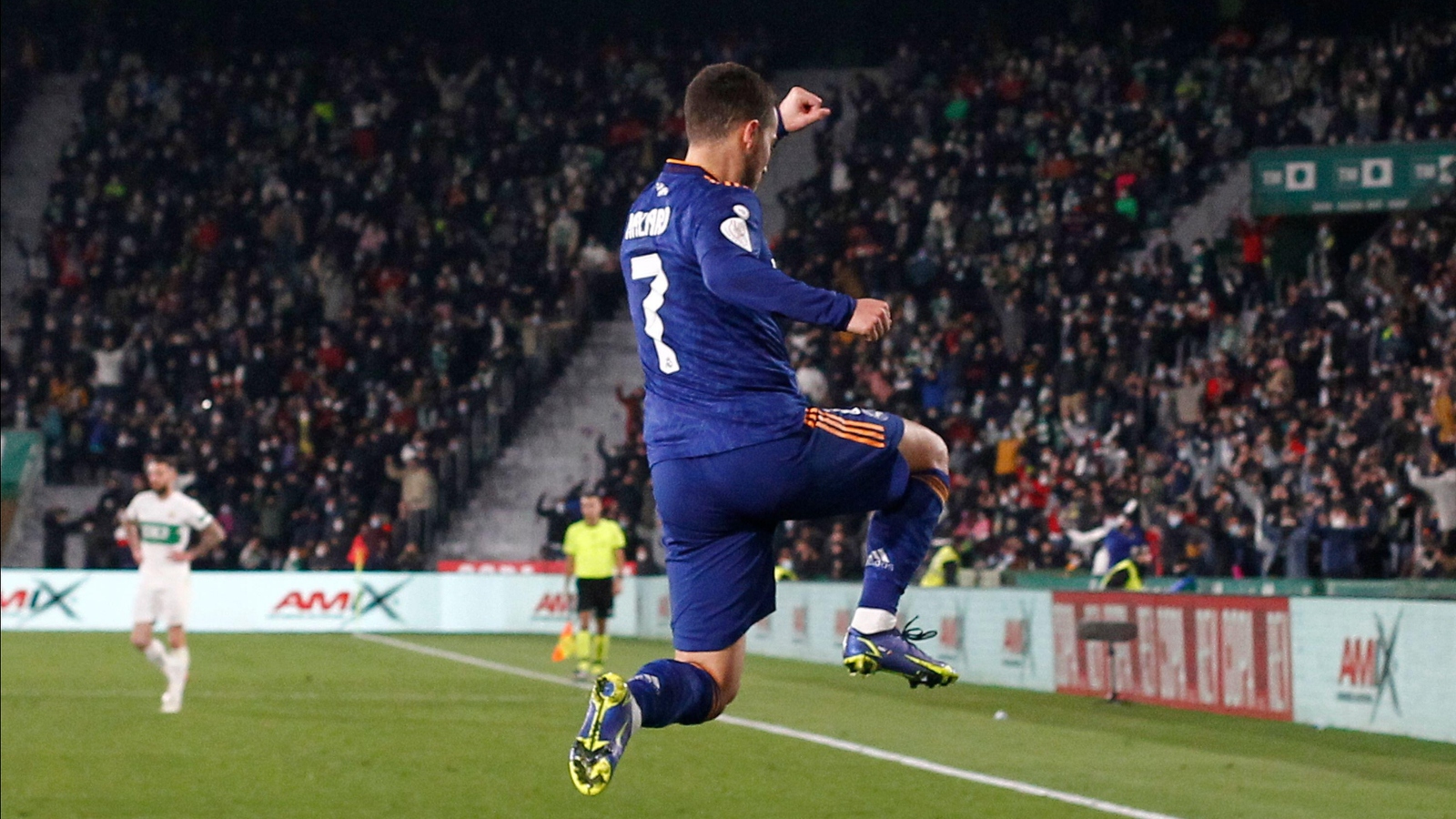 Arsenal have held talks with the representatives of former Chelsea winger Eden Hazard, according to reports.

The Belgium international has been linked with Newcastle, Arsenal as well as his former club Chelsea.

He was excellent during his spell at Stamford Bridge. He made over 350 appearances for the Blues and won two Premier League titles with the London club.

It has not worked out for Hazard at Real Madrid since joining the La Liga side for €100m in 2019. His time in the Spanish capital has been plagued by injuries as he struggles to rediscover his previous form.

The 31-year-old has failed to live up to his hefty price tag, scoring only six times in 65 appearances for Los Blancos.

Edu met with Eden Hazard’s father Wednesday evening to discuss a move to Arsenal. Arsenal want a loan + option to buy included in the deal.

Hazard remains adamant to prove himself at the Santiago Bernabeu and is reluctant to leave Real in the summer transfer window.

This has not prevented rumours from circulating, with Foot Mercato (via Metro) reporting that Arsenal are interested in signing the Chelsea hero this summer.

It is believed that the Gunners hierarchy met with Hazard’s representatives on Wednesday to discuss a potential deal.

Arsenal plan to sign him on an initial loan deal with the view to complete a permanent transfer at the end of 2022/23.

However, Hazard reportedly intends to see out his Real Madrid contract which expires in June 2024.

Meanwhile, Gunners manager Mikel Arteta has offered no assurances that Thomas Partey will play again this season after suffering a “significant” thigh injury.

The Ghana midfielder was injured during Monday’s 3-0 Premier League defeat at Crystal Palace.

“It is a little bit ambiguous but he has a significant injury and we’ll have to keep assessing him but he will be out for some weeks,” he said.

Asked if Partey could play again this campaign, Arteta responded: “It could be but it could not be the case – because it is an area where he had a previous injury as well and he felt it straight away and he is not fit.”