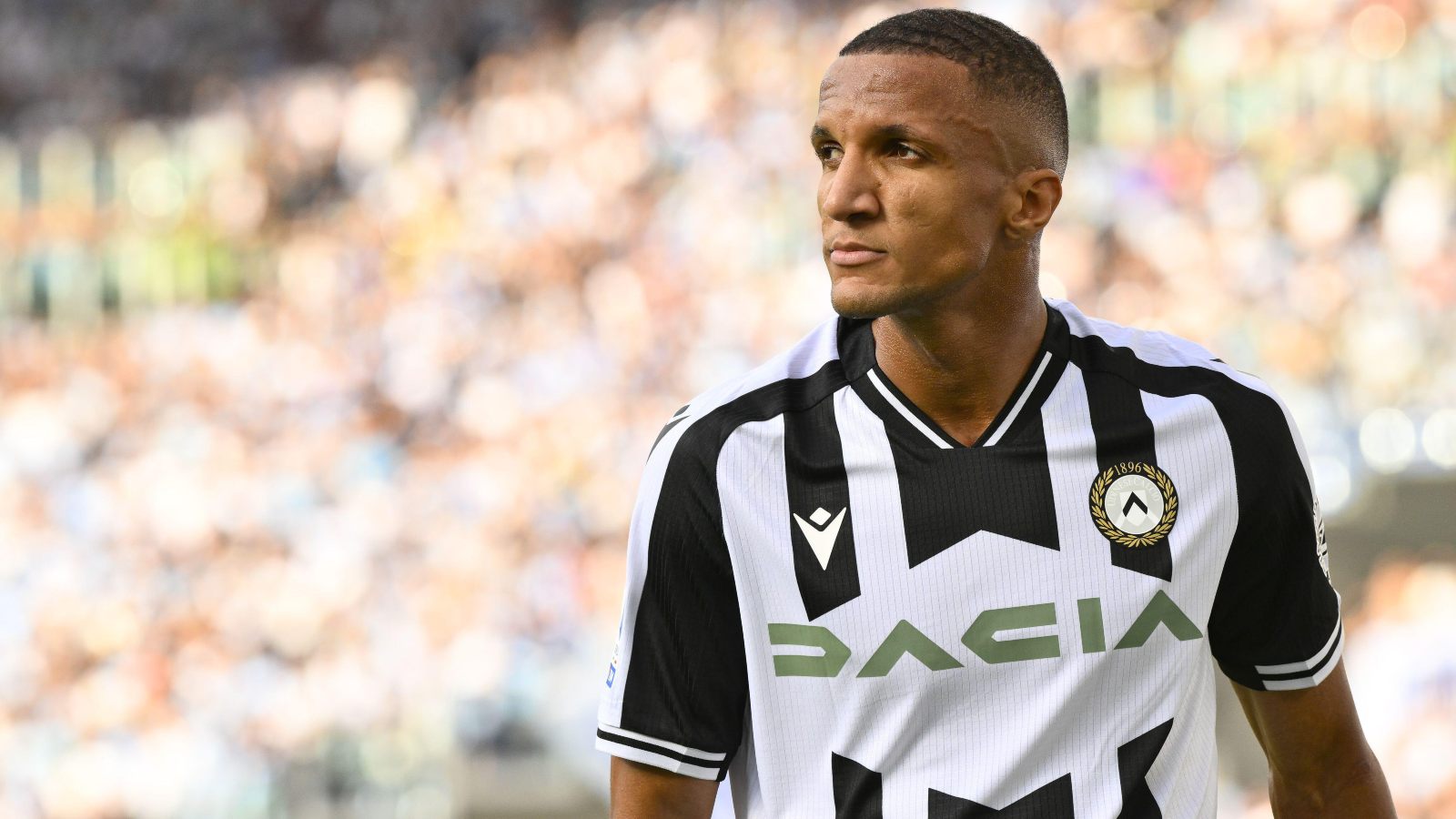 Arsenal have joined a queue of clubs looking to sign Udinese defender Rodrigo Becao as they try to take advantage of their Premier League position, according to reports.

The Gunners invested heavily in the summer transfer window once again after splurging big sums of money on young players in the previous summer.

Gabriel Jesus, Oleksandr Zinchenko and Fabio Vieira have made a big difference to Mikel Arteta’s squad depth, while William Saliba’s return from a loan at Marseille has also been crucial.

Arteta has led Arsenal to 12 wins in their first 14 Premier League matches of the season with the Gunners now top of the table at the World Cup break.

The Gunners – who could now possess extra pulling power in the transfer market –  are five points ahead of defending champions Manchester City and are now undeniably in a title race this season.

It has been 18 years since Arsenal won a Premier League title and Arteta and technical director Edu are doing everything to make sure they can sustain success at the club.

And one of their next steps could be the arrival of Udinese centre-back Becao, who has impressed for the Serie A club over the last four seasons.

Becao swapped CSKA Moscow for Udinese in 2019 and he could be on the move again over the next couple of transfer windows with plenty of interest in his services.

Tuttomercatoweb tout Juventus and Arsenal as his most likely destinations, while Everton and West Ham are also interested, and the report says that his qualities ‘have not gone unnoticed’ by clubs around Europe.

The Italian website insists that the ‘market widens further’ for his signature as January approaches with Arsenal ‘holding out on him’ now that they are ‘back in the big time’.

Udinese ‘wants to count on him until the end of the season and make a very important capital gain, worthy of the unearthed talent’ while also attempting to tie him down to a new contract.

With Emmanuel Petit “not a big fan” of Rob Holding, he will probably like news that they could be in for Becao, and the Frenchman reckons Arsenal need three or four signings in January.

“They need at least three or four players if they really want to compete for the title,” Petit told Compare Bet.

“I think they need more wingers up front, and another option as a striker. I really like [Gabriel] Jesus, [Bukayo] Saka, [Gabriel] Martinelli, [Martin] Odegaard, but they won’t be able to play every single game, especially after the World Cup so they’ll definitely need one striker, one winger, they need more competition for Saka and Martinelli.

“And of course, if they can add one more midfield player, and one more central defender because I think they are short of central defenders – if [William] Saliba or Gabriel are injured, who’s going to play, [Rob] Holding? Really? I’m not a big fan of Holding.

“So overall, they need three or four players. If they can avoid injury or suspensions that would be great, but even then most of the players are involved in the World Cup so they’re going to be tired mentally and physically as well. So they definitely need to be active in the next transfer window.”