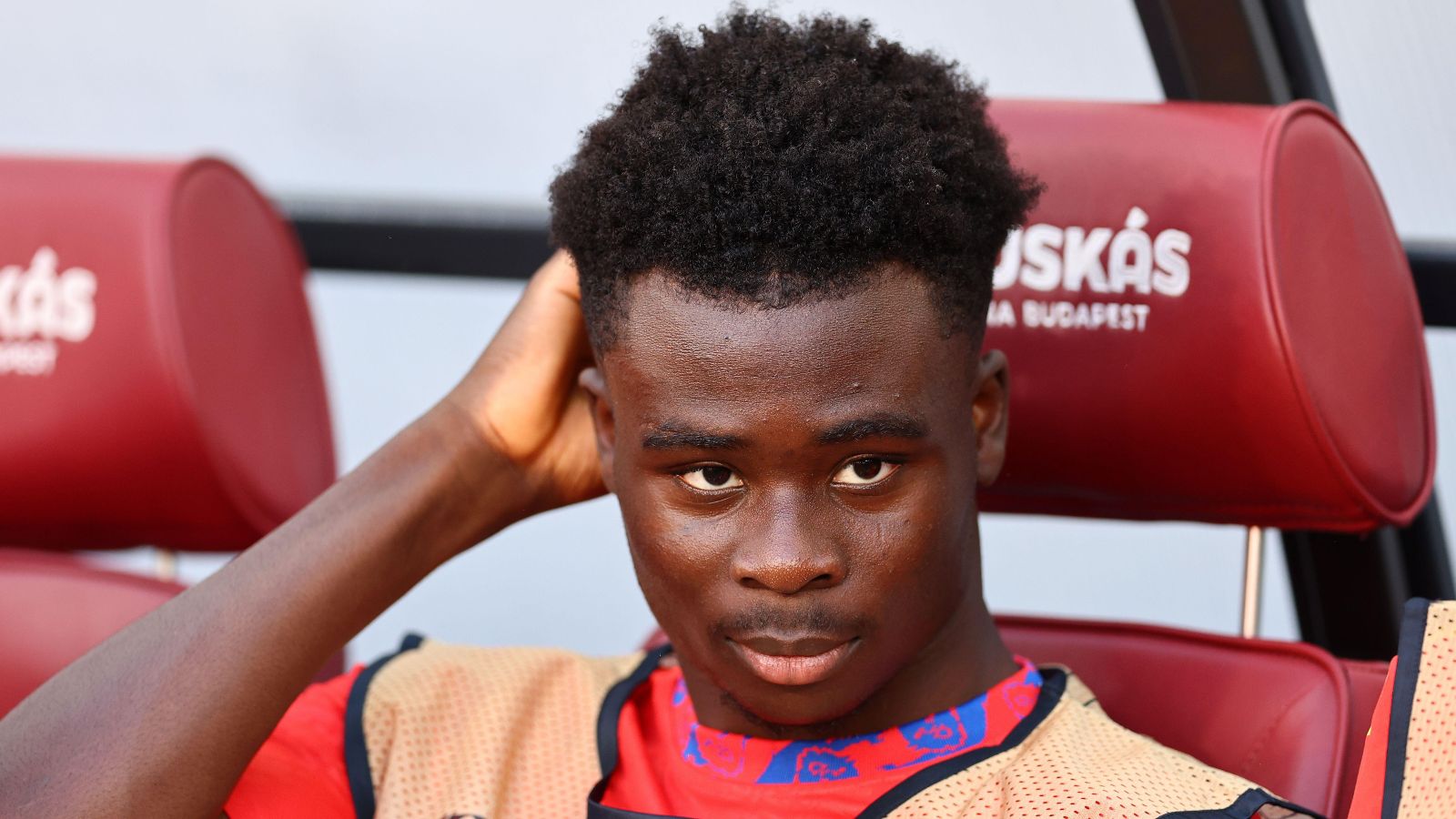 Arsenal reportedly ‘remain hopeful’ that Bukayo Saka will sign a new contract even with Liverpool watching his situation ‘closely’.

Saka has established himself as one of the brightest prospects in the Premier League. He enjoyed his best season to date on a personal level in 2021/22.

The Englishman grabbed eleven goals and seven assists in 38 games in the league. His form led to him being nominated for the division’s Young Player of the Year award.

The youngster has also featured prominently for England. He started in the UEFA Nations League against Germany on Tuesday night.

His current contract at Arsenal is due to expire in 2024. The Evening Standard are reporting that the Gunners ‘remain hopeful they will tie Saka down to a new contract’.

A ‘priority’ this summer for Arsenal is to tempt Saka to extend his contract. It is stated that the club ‘will hold further talks with him when he returns from England duty’.

They go onto state that Jurgen Klopp’s Liverpool are ‘known admirers’ of the player. It is acknowledged that they will be ‘watching contract talks closely’.

The Gunners have been linked with a number of strikers in recent months following the departure of Pierre-Emerick Aubameyang in January, with Manchester City star Gabriel Jesus, Lautaro Martinez of Inter Milan and Everton’s Richarlison all mooted as options.

90min claim technical director Edu has been ‘paying close attention’ to all of them, but the player to have ‘really impressed’ the Brazilian is Scamacca, with sources stating the Arsenal scouts have been ‘glowing in their praise’.

The 23-year-old scored 16 goals for Sassuolo last term and has asserted himself in Roberto Mancini’s Italy squad.

Sassuolo are thought to be prepared to sell Scamacca this summer having tied him down to a new contract in April to secure his value, which according to Transfermarkt is around £27m.

The report claims ‘talks with intermediaries have already taken place and Arsenal are now preparing to make an official approach’, with Sassuolo chief Giovanni Carnevali confirming there has been contact with unnamed clubs.

“There’s nothing concrete yet for Scamacca, just some contacts with some clubs”, he said.

“Of course, after playing with the National team the interest is now growing.”