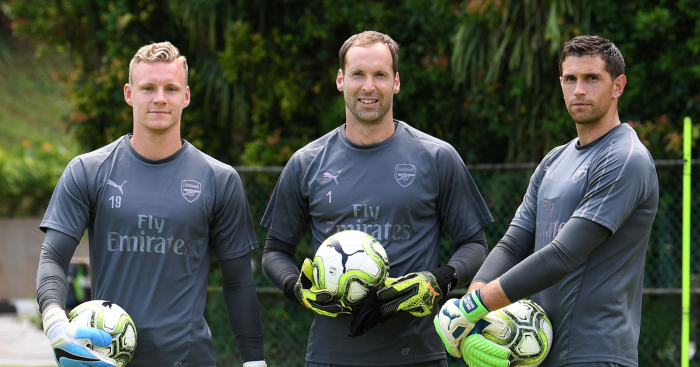 Bernd Leno is not guaranteed to be Arsenal’s starting goalkeeper this season, according to David Seaman.

Leno joined Arsenal this summer in a £19.3million deal from Bayer Leverkusen, with new manager Unai Emery restructuring his defence.

The price for Leno suggests he will replace Petr Cech between the sticks, but former Arsenal shot-stopper Seaman does not necessarily think that will be the case.

“I’m still waiting to see Leno play and then I will make a judgement but you can only tell once they start in the Premier League,” he said.

“He didn’t realise how physical it was in the Premier League but he adapted to that and really kicked on.

“With Leno, we have to wait and see what happens – if he is number one, we don’t even know who is going to be number one yet.

“[Cech] has still got great qualities and it isn’t like he has had a bad season or anything, he still produced.

“Obviously he is getting older but your game adapts, that is what I found, you might not be as sharp as what you used to be but your experience gets you into the right positions.

“Even when I was there people like Stuart Taylor, Alan Miller then Alex Manninger came in.

“Richard Wright also came in on a big-money transfer so I still had competition but I managed to keep my spot, which helped.

“But when you have competition like that it brings out the best in you.”