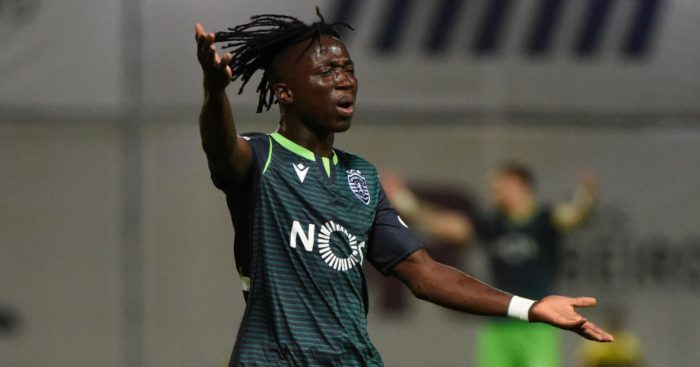 Arsenal are set to trigger the release clause of Sporting Lisbon wonderkid Joelson Fernandes, according to reports.

On Tuesday, Portuguese newspaper A Bola reported that Sporting had hit a roadblock in negotiations over a new deal for Joelson. The deal has been delayed due to an approach from Arsenal in recent days.

And now A Bola is back on Saturday to tell us that Arsenal are set to make a €45m (£41m) offer that will trigger the release clause in his contract, with the bid ‘imminent’.

Despite interest from Barcelona and Juventus, the Gunners have ‘shown the most effective interest’ with the Premier League side on ‘the verge of advancing with a proposal’.

Kia Joorabchian is Joelson’s agent and has a ‘privileged relationship’ with Arsenal that could help any negotiations run smoothly, while the ‘process is being closely monitored’ by the winger’s father.

The report ends by claiming that ‘the next few days are going to be decisive’ for a possible transfer.