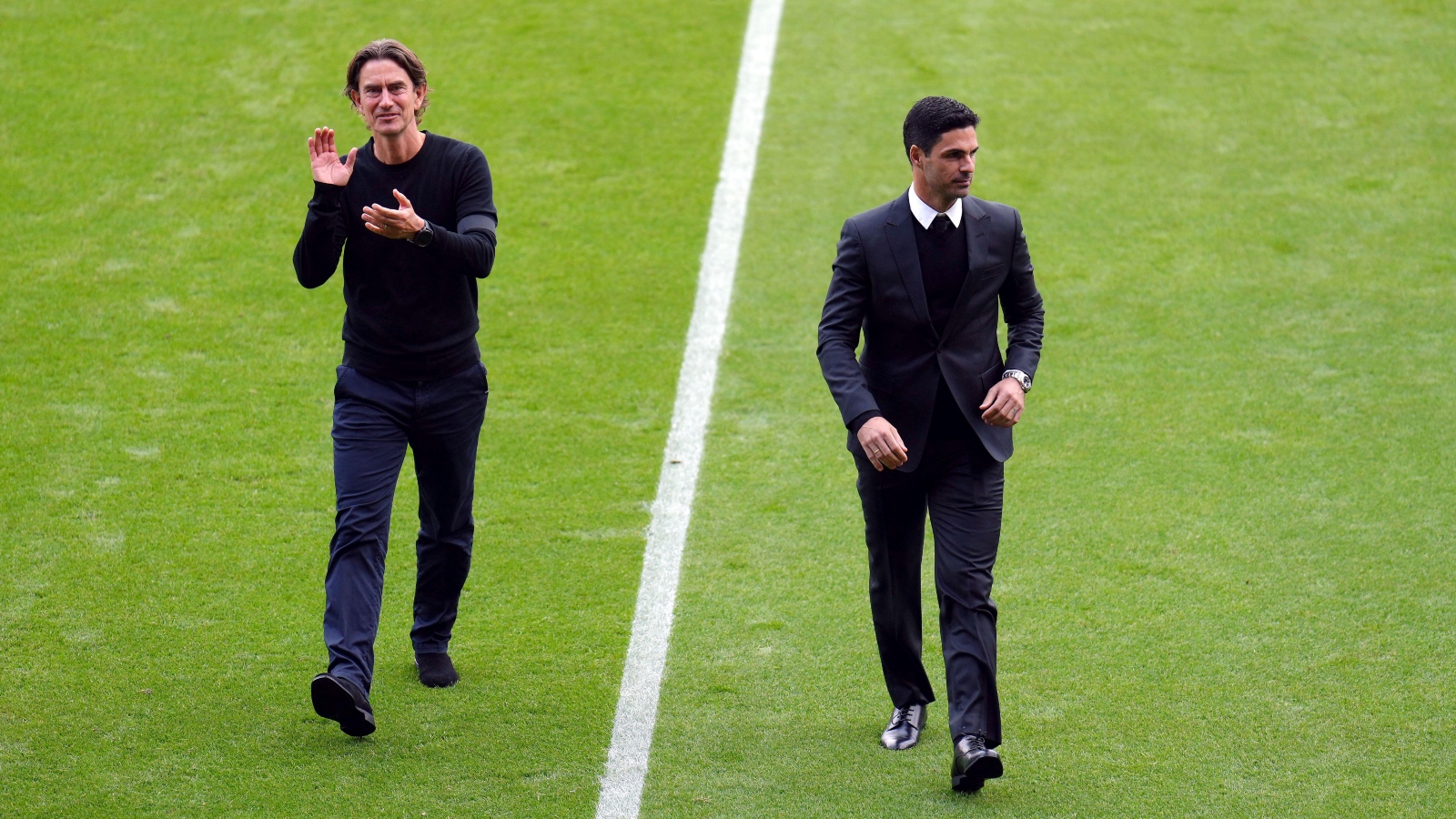 Brentford head coach Thomas Frank believes Arsenal “must be title contenders” after they picked up a comfortable 3-0 victory at the Gtech Community Stadium.

Goals from William Saliba, Gabriel Jesus and Fabio Vieira took the Gunners back to the top of the Premier League.

Mikel Arteta’s side have won six of their opening seven fixtures and got some retribution against Brentford after their disappointing loss in west London on matchday one last term.

It was a historic day for Arsenal and for the Premier League in general after 15-year-old Ethan Nwaneri became the youngest player in the competition’s history when he came off the bench late on.

Frank was not too downhearted by the defeat as he knows the Gunners are a “top side”.

He did admit that he ‘hates losing’, however.

“We lost 3-0, to the number one in the Premier League,” the Brentford boss said. “I said before they are a top side.

“I think we performed quite well, not 10/10 but if you want to win or get something out of the team flying, you cannot concede the first from a set piece and then the second one.

“In general, unless it is something unbelievable brilliance from a set-piece, I want us to avoid every set-piece goal. There are some few bits we could have done better for the second. They didn’t create that many chances but had quality in moments.

“We always want to play again but we have the international break, we deal with it and train with the players we have. I wish the players who are going away good luck.

“We lost the game, I hate losing.

“They are top of the table so you cannot argue with that, they have done brilliant. Looking at the quality, they must be title contenders.

“The third goal we are saying one goal here can change the momentum of the game and get the crowd with us going forward, but they showed why they are a big club,” Frank added.

“They lost their captain and replaced him with a £35million player that decided to curl in from 24 yards, so they showed their quality.

“From what I’ve seen in the seven games, I think they’ve been very good and they’ve won fair and square in six and the other game could have gone either way at Man United.

“[Gabriel] Jesus up there, wow what a player and I know it’s nothing against [Manchester] City but sometimes it clicks in a different environment.

“[Bukayo] Saka and [Gabriel] Martinelli are a year older, [Martin] Odegaard what a player.

“Then I must say Saliba, he’s going to be a full international player for France, I’m sure. He’ll play in the starting line-up for that team and that’s a strong international team.”