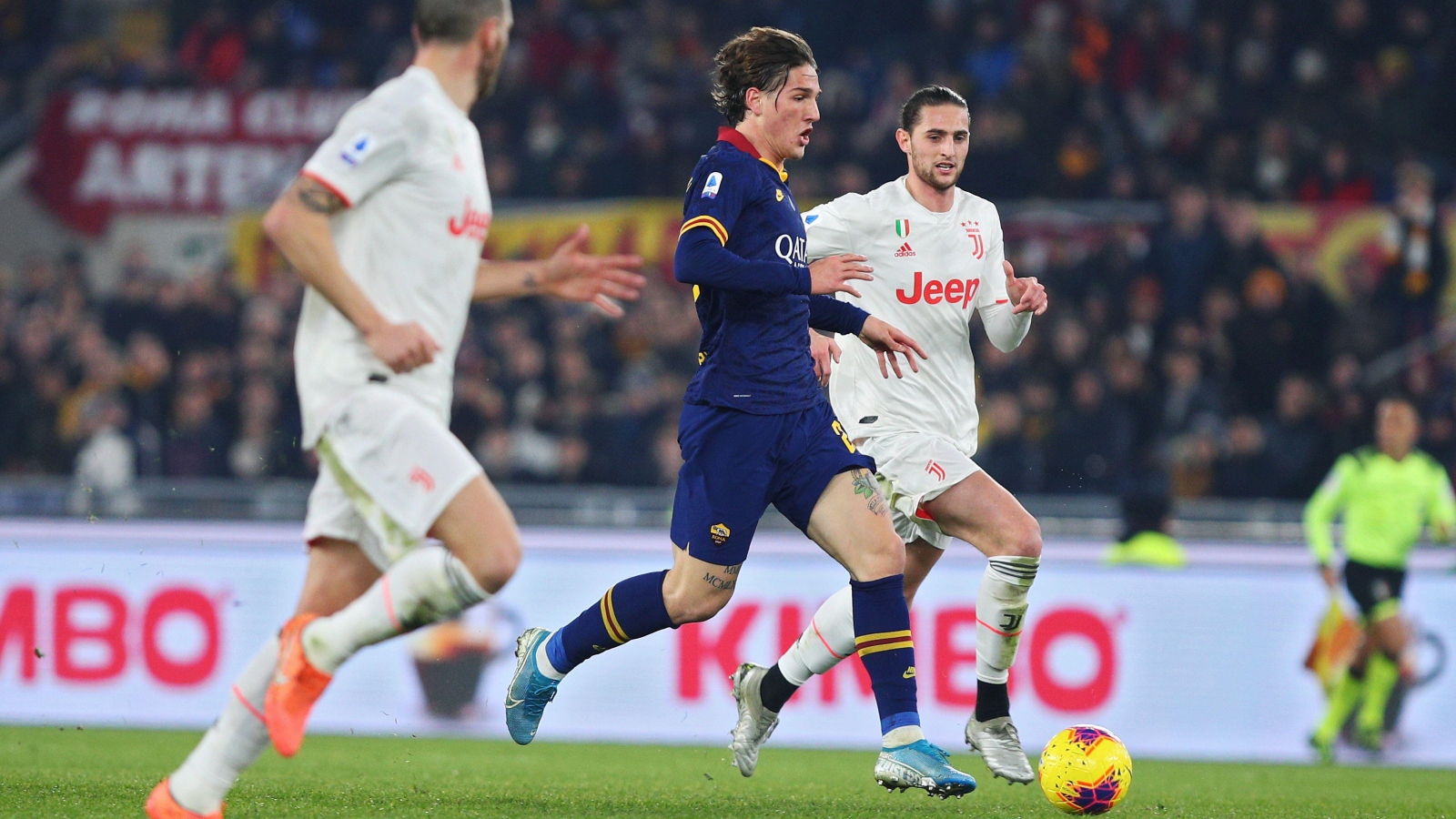 Arsenal are reportedly lurking ‘in the background’ as AS Roma negotiate a new deal for Nicolo Zaniolo.

The 23-year-old is out of contract in less than two years and has been heavily linked with Tottenham in the past.

His contract situation is a large talking point in Italy, with the Serie A giants eager to agree fresh terms with the attacker.

Zaniolo joined the Giallorossi from Inter Milan for around £4million in July 2018.

He has made 118 appearances for the club, scoring 22 and assisting 16 in the process.

According to Italian journalist Ciro Venerato (via Sport Witness), the nine-cap Italy man is hoping for a fixed salary of €4m a year.

While Zaniolo is hoping for a €4m salary, Roma are unwilling to go over €3.5m.

The Serie A club are apparently eager to include a €50m release clause in his deal, something the player is happy with, as long as ‘his salary demands, both fixed and bonuses, are accepted’.

Venerato states that Arsenal and Juventus are ‘in the background’ keeping tabs on the Italian playmaker’s situation and are ‘interested’ in signing him.

Mikel Arteta is hoping to ‘take advantage’ of Zaniolo’s situation in the Italian capital.

Another player from Serie A the Gunners have been linked with recently is Juventus midfielder Adrien Rabiot.

The Frenchman was reportedly close to joining Manchester United in the summer transfer window but a potential move to Old Trafford broke down.

It was reported last week that Rabiot would move to the Premier League following the expiry of his Old Lady contract next year.

Rabiot has apparently asked Juventus for a salary worth €10m per year, which the club are not willing to pay.

Arsenal have been cited as a ‘candidate’ to sign the France international.

Rabiot was asked about his future in Turin, telling reporters that he isn’t sure what the future holds.

“Right now there are other things to think about, I’m focused on the pitch and doing well. We want to get out of this difficult period, then we’ll see what happens.”

Arsenal have entered a new era under Arteta and the signing of someone like Rabiot would be pretty uncharacteristic given the club’s recent business.

Emphasising their transfer focus on signing young players, Rabiot is currently 27 years old and would demand a colossal amount of wages.

On top of that, it is unlikely that he would start in this current Arsenal team, with Granit Xhaka in the form of his life and Thomas Partey arguably the first name on the team sheet when he is fully fit.