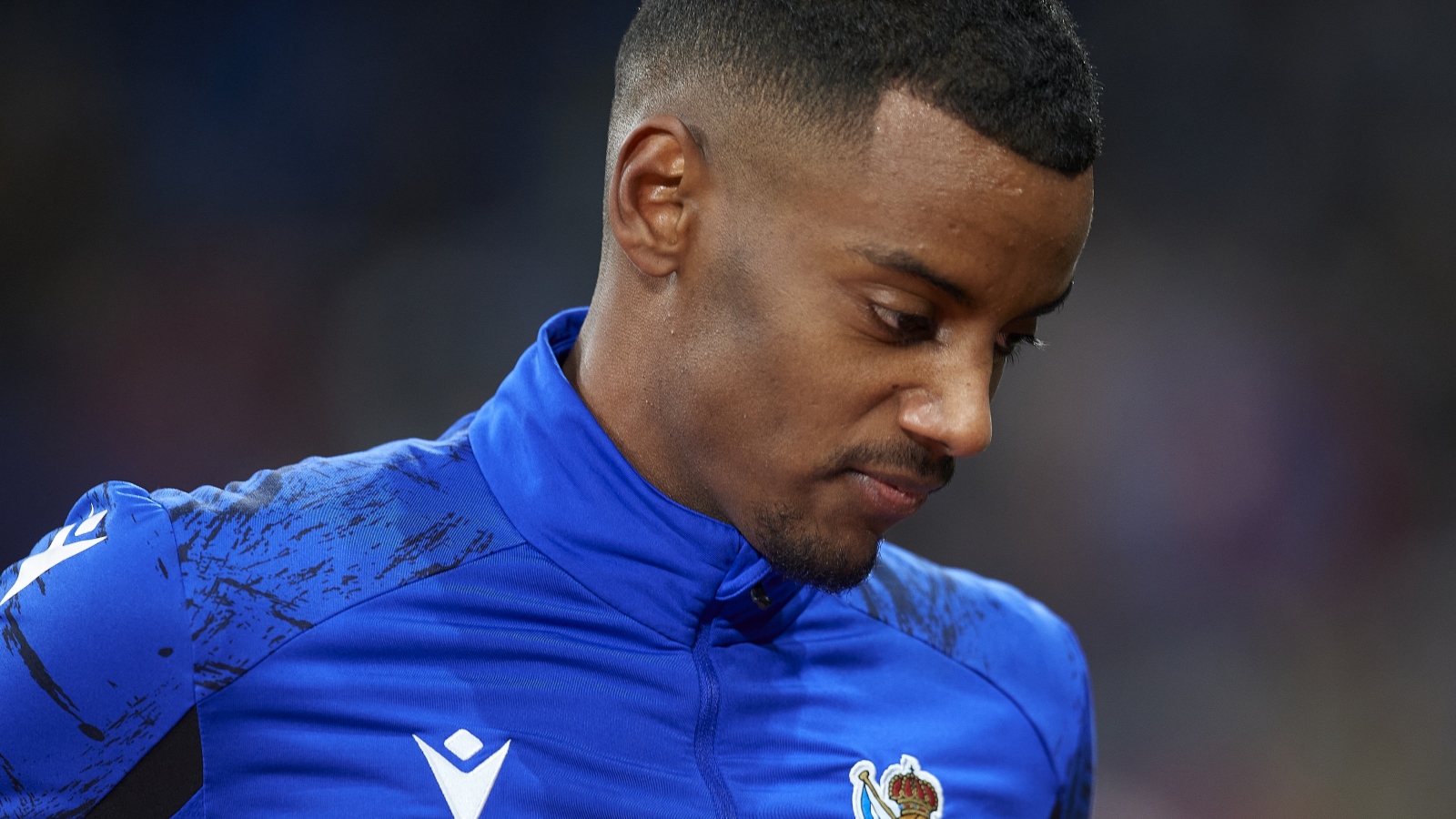 Arsenal are ‘in love’ with Real Sociedad striker Alexander Isak and will attempt to sign the Swede in the summer, according to reports.

The Gunners have been linked with the 22-year-old for a long time, with numerous rumours circulating during the winter transfer window.

Despite their lack of options up top, manager Mikel Arteta opted not to sign a new No. 9 in January after their failed attempts to bring in Dusan Vlahovic.

Alexandre Lacazette and Eddie Nketiah – who are both out of contract in the summer – are Arteta’s only options up top as the Premier League side look to finish in the top four.

The pair’s contract situation means signing a new striker in the summer window is imperative.

As well as Isak, Arsenal have been linked with Lille’s Jonathan David and Everton’s Dominic Calvert-Lewin.

However, AS (via Sport Witness) claim that the Gunners are ‘in love’ with the Real Sociedad man.

They say that Liverpool and Manchester United are both ‘in the picture’, with Arsenal ‘literally fighting’ to sign Isak this summer.

The Swedish international has a €90m release clause which Sociedad are keen to receive if they are to let go of their talisman.

Having said that, Real are ‘beginning to assume’ will have to ‘open up to listen to offers and negotiate’ for two reasons.

The first reason is to do with his hefty price-tag as ‘very high offers’ are expected to come in for Isak in the summer window.

Secondly, if there is a good proposal from a ‘powerful club’, president Jokin Aperribay will be more flexible in negotiations after ‘making a commitment’ to Isak.

The La Liga club are reserved to the fact that they will ‘have to listen to offers’ after initially being unwilling to negotiate.

Isak has not been at his best this season. He has scored four league goals in 23 appearances.

Last season he found the back of the net 17 times in 34 La Liga matches as La Real finished fifth in the league table.