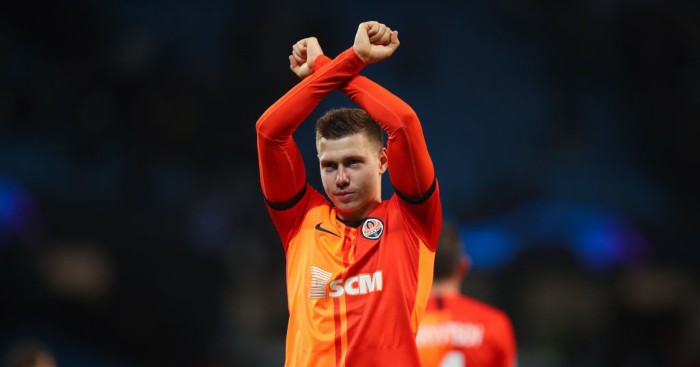 Premier League side Arsenal have held talks in a bid to sign Shakhtar Donetsk defender Mykola Matviyenko, according to his agent.

The Gunners are currently languishing in tenth position in the Premier League after their promising 2-2 draw at Chelsea under new boss Mikel Arteta.

The Spaniard is looking to add to his squad in the January transfer window with loans understood to be the most likely way Arsenal will do deals this month.

Arsenal have been linked with the likes of PSG’s Layvin Kurzawa, RB Leipzig’s Dayot Upamecano and Bayern Munich’s Jerome Boateng – with Charlie Nicholas urging them to strengthen their defence before the end of the window.

23-year-old Matviyenko, who has 20 caps for Ukraine, is the latest defender to be linked with the north London club.

And Matviyenko’s agent, Yuriy Danchenko, claims the Gunners have been in contact over a possible move.

“Recently, my colleagues and I have been constantly in contact with representatives of the Arsenal, and have had meetings,” Danchenko told Ukrainian media (via The Metro).

“The Gunners’ hierarchy have already contacted [Shakhtar], and we hope that these negotiations will succeed.”