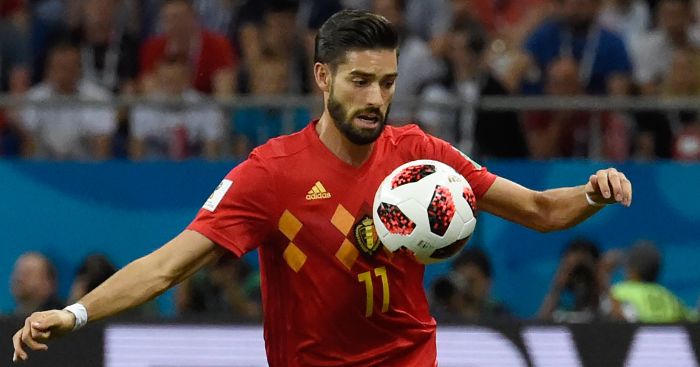 Arsenal are in talks over a potential deal for Dalian Yifang winger Yannick Carrasco, according to reports.

The Gunners are looking to sign two new players before the transfer window slams shut on Thursday night.

Denis Suarez is understood to be one of those players with reports claiming the Barcelona midfielder will join on loan in the next 24 hours.

Unai Emery was interested in bringing Ivan Perisic to the Emirates Stadium but Inter Milan have refused to accept a loan deal from the Gunners, according to Sky in Italy.

And the same report adds that Carrasco, who is thought to be unhappy playing for Chinese club Dalian Yifang, is now in talks with Arsenal over a potential loan deal that could be made permanent at the end of the season.

Carrasco was part of the Belgium squad that came third in the World Cup and joined Dalian Yifang from Atletico Madrid last February.

The 25-year-old has scored seven goals in 26 matches for the Chinese Super League outfit since joining.