Arsenal seem to think that signing a left-back from Scotland automatically makes you European champions. 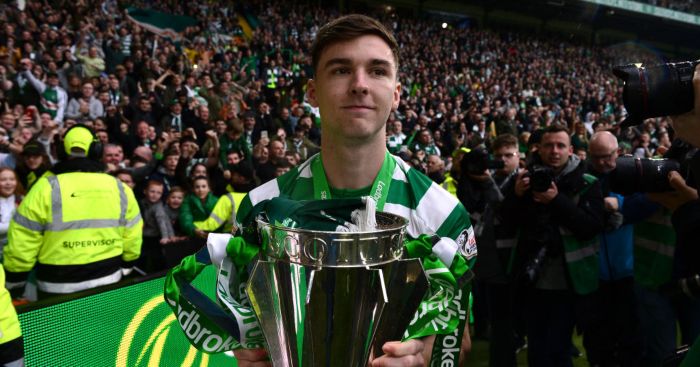 Arsenal remain positive over negotiations for Celtic left-back Kieran Tierney despite having a £15million bid rejected.

Tierney has long been a Premier League target, with Manchester United and Everton both having been linked in recent years.

The 22-year-old has four years remaining on his contract at Celtic, who have no desire to sell one of their most valuable players.

But Arsenal have already tested their resolve with a £15m offer, as Unai Emery is eager to bolster his options at left-back.

BBC Sport’s David Ornstein says the Gunners remain confident of striking a deal which would represent a fair portion of their reported £40m budget – although it would be a fine signing.

As reported elsewhere Arsenal have had an opening bid of £15m for Celtic left-back Kieran Tierney rejected – but there is optimism an agreement will be reached between the clubs, while personal terms for the 22-year-old Scotland international shouldn’t be a problem #AFC #CelticFC

It makes more sense than spending £35m on Presnel Kimpembe, put it that way.