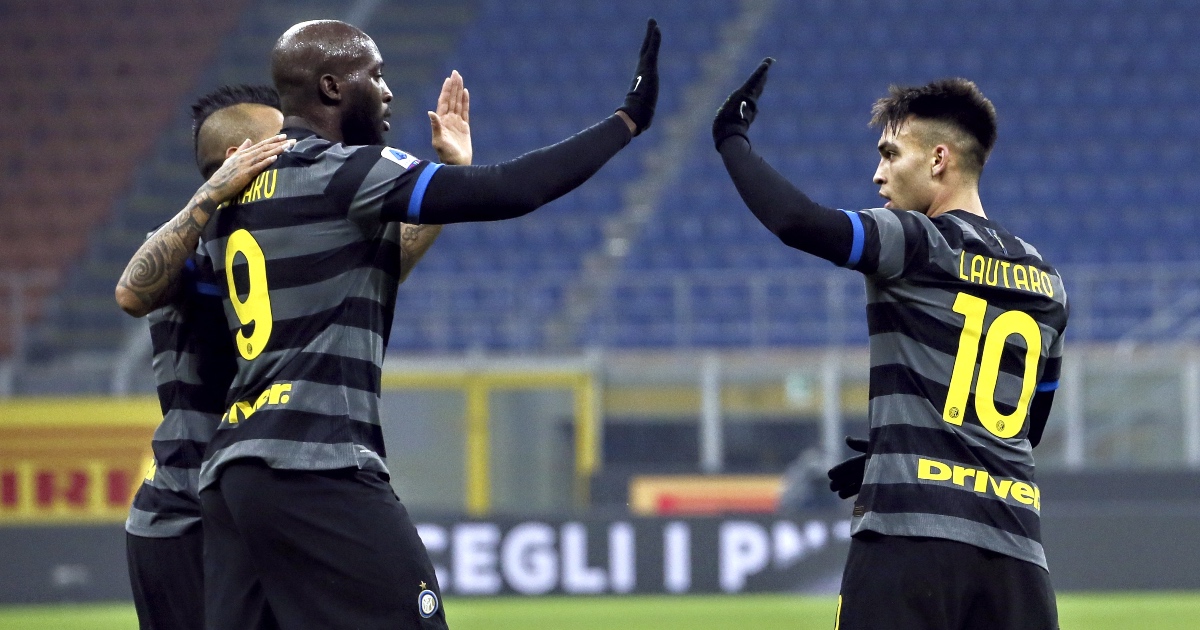 Arsenal are reportedly ‘hopeful’ of securing a deal for Inter Milan striker Lautaro Martinez, which would all-but end Chelsea’s chase of Romelu Lukaku.

Mikel Arteta and Edu have been hard at work improving the Gunners squad this summer.

Ben White has been signed for £50million, while they’ve also secured the transfers of Albert Sambi Lokonga and Nuno Taveres.

Reports on Thursday suggest they have made another player-plus-cash offer for James Maddison, with Joe Willock included as the makeweight, but Leicester are adamant that they will only listen to cash-only offers.

They’re also said to be on the lookout for a striker, with Inter star Martinez the man they want.

The Argentine formed a lethal partnership with Lukaku up front for Antonio Conte’s side as they stormed to the Serie A title last season.

But the Italian giants need to balance their books this summer amid financial difficulties.

They’ve already allowed Achraf Hakimi to leave for Paris Saint-Germain for £54million, but reports suggest they also need to sell either Martinez or Lukaku.

Chelsea are thought to be closing in on Lukaku, who has reportedly told Inter of his desire to Stamford Bridge, assuming an appropriate offer is made.

The Blues are rumoured to have offered £86million plus Marcos Alonso, but the Nerazzurri are holding out for a nine-figure sum.

But Arsenal could completely scupper those plans by stealing in and signing Martinez.

That’s according to Sky Sports’ Pete O’Rourke, who explained the detaills on the Done Deal Show (via Caught Offside).

O’Rourke said Arsenal are ‘hopeful of signing Martinez and Inter are coming round to the idea as they ‘would much rather keep Lukaku and sell Martinez’.

Lukaku is far from desperate to leave Inter and should a decent fee be offered for Martinez instead, the Belgian would be retained at the San Siro.

Atletico Madrid reportedly saw a €50million bid for Martinez rejected in July, but Inter could accept a fee between €70m-€80m.

That may be too much for Arsenal – especially if they stump up the cash for Maddison – considering they are without European football this season.