The report adds that 'the chances of him being a Chelsea player when the new season begins in five weeks look remote'. 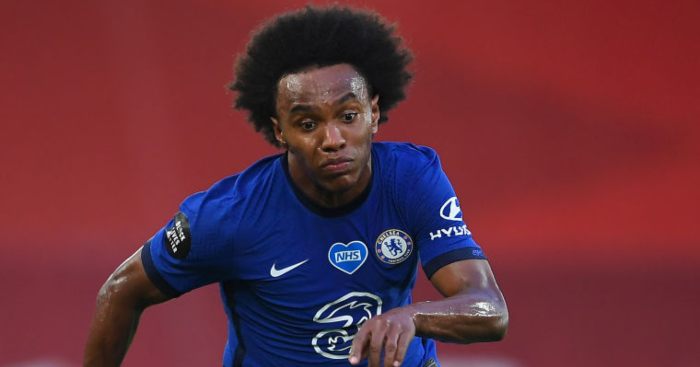 Arsenal have beaten off two other clubs as they close in on the signing of Chelsea midfielder Willian, according to reports.

The winger has been involved in contract negotiations for most of the season, with the likes of Tottenham and Man Utd reportedly interested in the Brazilian.

However, the Gunners emerged recently as a frontrunner for the Brazilian’s signature and now it seems they have won the race.

Sky Sports claims that Arsenal are ‘close to completing the signing of midfielder Willian from Chelsea on a three-year deal’.

The Gunners are in ‘pole position’ with the Premier League club ‘on the verge of beating off competition from Barcelona and Inter Miami’ to land Willian.

The report adds that ‘the chances of him being a Chelsea player when the new season begins in five weeks look remote’.

Sky Sports News‘ Kaveh Solhekol continued: “Willian wants one big final contract – ideally a three-year deal to take him to 35. Chelsea would like to keep him, though they’re not going to offer him three years.

“At the moment, it looks like Arsenal is his most likely destination but he is a free agent and at his age, realistically, you’re likely to go where there is the most money and longest contract on offer.

“He’s got a great injury record so his agent will be saying, ‘Don’t worry about his fitness’.”