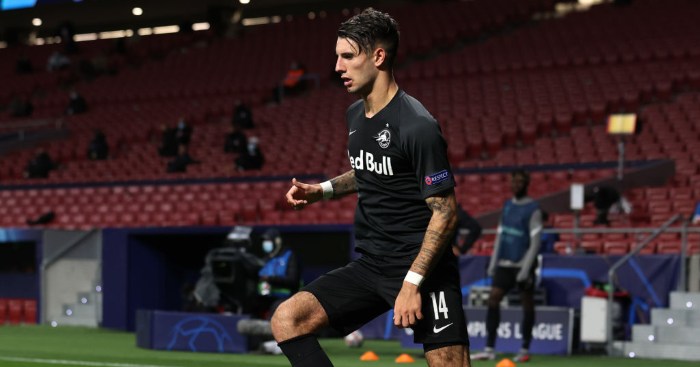 Arsenal are keen to sign RB Salzburg midfielder Dominik Szoboszlai, according to the player’s agent.

The midfielder first impressed in senior football with FC Liefering, who play in the Austrian Second Division. They are a feeder club to Salzburg, and he earned his big move to them during the 2018/19 campaign.

Szoboszlai had his first full season with Saltzburg last season, and he scored 12 goals from his 40 outings in all competitions.

The 20-year-old has been in fine form for the Austrian side so far this campaign. He has scored five and assisted eight from just 12 outings.

He has made an impact in the Champions League, with two of his eight goals coming against Lokomotiv Moscow and Atletico Madrid.

This early season form has alerted clubs around Europe. It was believed that AC Milan have been keen to get him and they were close to agreeing on a deal.

But it has since been revealed that they are unlikely to sign him. This news will come as a boost to Arsenal. The player’s agent, Matyas Esterhazy, confirmed to Sports Witness that the Gunners’ interest in the midfielder is ‘real’.