With little headway made into deals for Houssem Aouar and Thomas Partey, Arsenal are looking at alternatives. 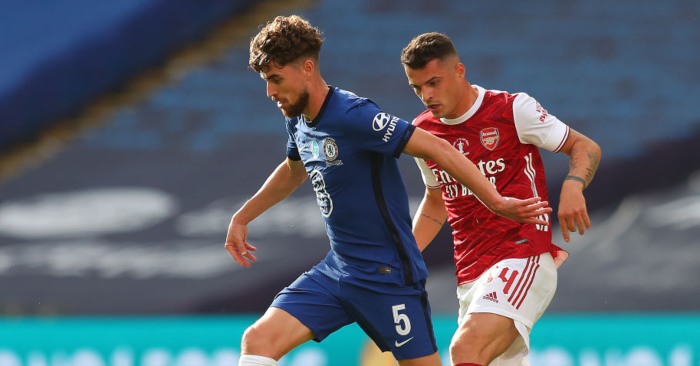 Arsenal are reportedly interested in a shock move for Chelsea midfielder Jorginho.

Houssem Aouar and Thomas Partey have been Mikel Arteta’s top midfield targets this summer, but with little headway made on either deal, Arsenal are looking into alternatives.

And Jorginho is a player they are interested in, according to Sky Sports.

Arteta was assistant to Pep Guardiola when Manchester City tried to sign the Italian in 2018, and is thought to be a big admirer of his ability.

Jorginho instead opted to follow his manager Maurizio Sarri to Stamford Bridge and now finds himself working under Frank Lampard.

The 28-year-old has started both Premier League games for Chelsea so far this season, but faces competition from N’Golo Kante, Matteo Kovacic and Billy Gilmour for the deeper lying midfield role.

Arsenal however are on the hunt for a defensive midfielder, with both Lucas Torreira and Matteo Guendouzi falling out of favour under Arteta.