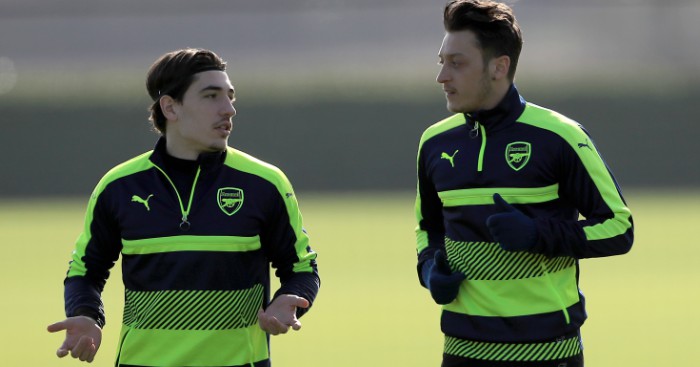 Ray Parlour has hinted at three players who could replace Granit Xhaka as captain of Arsenal, with Mesut Ozil the front runner.

The Arsenal legend believes Ozil should be given the nod to captain Arsenal against Liverpool in the Carabao Cup on Wednesday night, if Unai Emery decides to select the playmaker.

Ozil has made just two starts for the Gunners this season but could come back in with Emery admitting the captain’s armband could be handed to the mercurial German.

Granit Xhaka is under fire after swearing at Arsenal fans in a 2-2 draw with Crystal Palace on Sunday.

“It might be Ozil. It’ll be interesting,” Parlour told The Debate.

“Bellerin will probably come in, he’s been there many years now. Whether he can be captain material, I’m not too sure.

“Rob Holding is another one at centre-half, can he be captain material? We’ll have to wait and see.

“It’ll be interesting to see who is captain. I think if Ozil starts, I think he’s the one who will probably get the captain’s armband.”