Emmanuel Petit has crowned Shkodran Mustafi "the king of the blunders". And you can't argue with that. 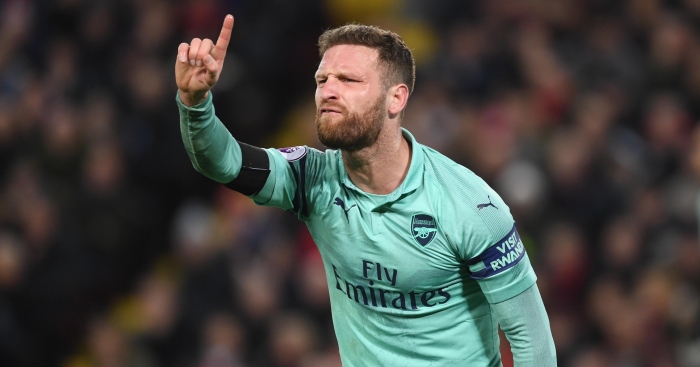 Shkodran Mustafi has been crowned “the king of blunders” by former Arsenal midfielder Emmanuel Petit.

Mustafi was again deemed at fault as Arsenal let a one-goal lead slip against Tottenham to draw 1-1 at Wembley.

The German international, deployed in an unfamiliar role at right-back, conceded a contentious penalty on Harry Kane that the Spurs striker duly dispatched.

Mustafi truly would not be missed if Arsenal replaced or even just accidentally displaced him, and Petit has echoed the thoughts of many a fan.

“I was surprised to see Mustafi picked for that game, because he is after all the king of blunders,” Petit told RMC.

“Even though it shouldn’t have been a penalty because there was an offside, it’s Mustafi who gives away the penalty again.

“Emery steers the ship well but there are certain things in his management style that concern me.