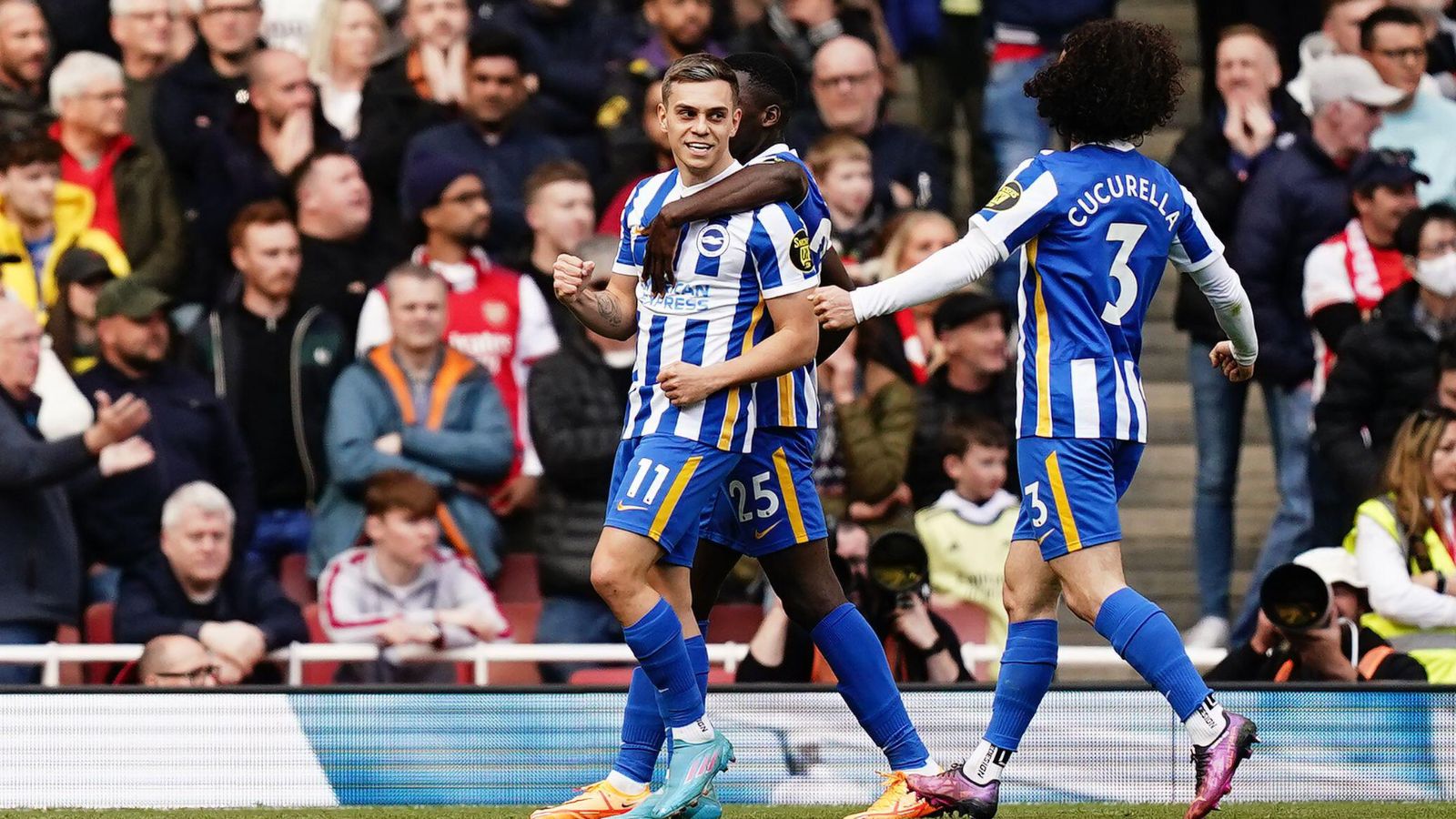 Arsenal are reportedly interested in Leandro Trossard and could battle Manchester United for the Brighton star this summer.

A report on Thursday claimed Trossard – who has 18 goals and 11 assists in 104 games for Brighton and is a regular for Belgium – ‘is in the spotlight’ at United as Erik ten Hag looked to revamp the squad at Old Trafford.

And now, according to Voetbal (via CaughtOffside) Arsenal have entered the race for the 27-year-old.

Trossard’s current Brighton deal is set to expire in a year’s time, meaning the Seagulls may be willing to sell now rather than losing him for free at the end of next season, and the forward is thought to be keen on playing European football next season.

“He could go play for Manchester United or someone like that,” Merson claimed. “The fans will have a moan and question why a club of Manchester United’s stature should go in for a player like this, but he ticks a lot of boxes, even for teams like Everton and Tottenham Hotspur.

“Trossard is such an intelligent footballer and a special, special player on his day. He isn’t always consistent, but he’s capable of playing in multiple positions across the frontline and moves the ball around well, I just don’t feel like he gets the accolades he deserves because he plays for Brighton.

“He gets called up regularly for Belgium and that says a lot because Roberto Martinez has a talented pool of players to choose from, especially when it comes to attackers.

“With the talent Trossard’s got, it wouldn’t surprise me if he played a role for the national team at the 2022 FIFA World Cup, so teams interested in him should probably look to snap him up this summer before his value soars.

“I just like the way Trossard plays and have always felt that he’s a bit underrated. No disrespect to Brighton, but he can go higher and easily turn out for one of the top teams in the Premier League.”