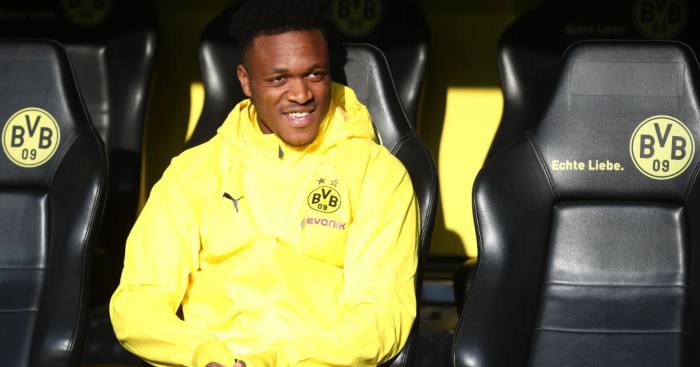 Arsenal have been impressed by Borussia Dortmund defender Dan-Axel Zagadou, according to reports.

Unai Emery is trying to improve the Gunners defence on a reported budget of around £40million this summer with the Gunners struggling to make many breakthroughs in the market.

However, the Daily Mirror claims that Zagadou’s ‘performances at the recent Under-20 World Cup in Poland’ have ‘impressed’ the Gunners.

Zagadou, who has played at all youth levels for France, signed a five-year deal at Dortmund in 2017 after coming through the youth ranks at Paris Saint-Germain.

The 20-year-old has been in and out of the Dortmund team over the last couple of seasons and the signing of Mats Hummels has pushed him further down the pecking order.

Which means he ‘could be available’ if Arsenal wanted to make a move for the centre-back this summer.

Lucas Torreira, meanwhile, has been the subject of ‘an approach’ from Italian giants AC Milan and the Gunners will ‘fight’ to keep him in north London.

The Mirror adds: ‘Emery sees him as vital to the north Londoners’ bid to return to the Champions League.’