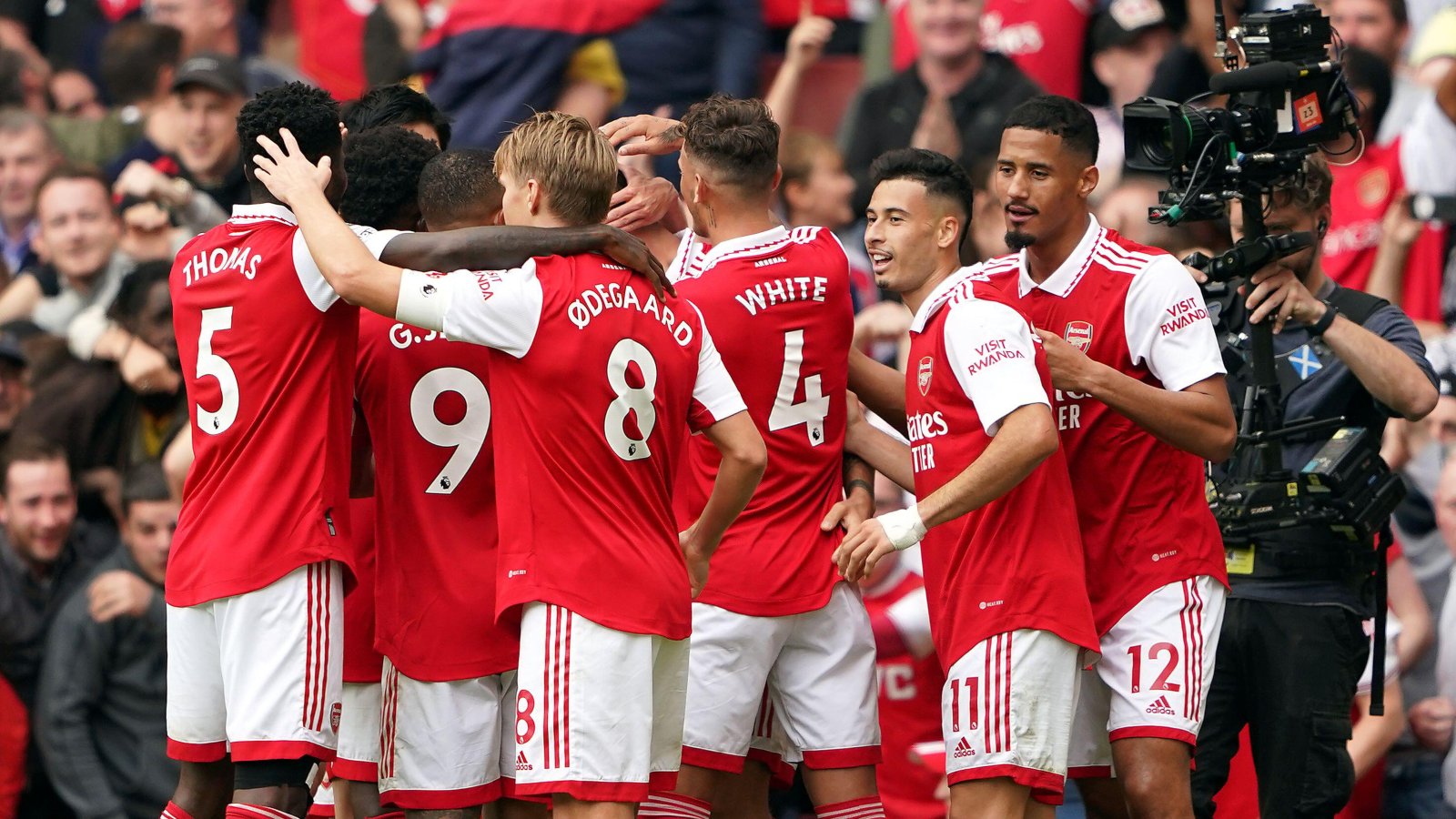 The problem with Arsenal being so good is that other, richer clubs will circle. Can they keep hold of Saka, Martinelli and Saliba?

Sometimes it’s not jealousy
I’m assuming Levenshulme Blue spent most of the 27th May 1999 telling everyone they should be admiring the brilliance of Man United?

Maybe you should be less concerned with the feelings of others about your team, and more about your own? You’re old enough to know that this is how football works. We don’t celebrate other teams. But you are also old enough to know that people can find your owners deeply unpleasant without that being rooted in jealousy. We aren’t all so desperate for success that we would gleefully sell our souls.

When a parent keeps telling a child they are perfect and ignores their shitty behaviour, and that the children who dislike them are just jealous, it doesn’t tend to lead to a healthy situation for anyone involved.

Still, isn’t it nice that we can have such an open discussion without fear of retribution or imprisonment? Isn’t it lovely to be able to give your opinion freely? Such a treat.
thayden

Forget the sportswashing?
Should we also forget that Manchester City’s owner is currently helping the sanctioned Russian oligarchs and therefore aiding Putin’s war? City fans really will defend anything their human rights abusing overlord does won’t they. Beyond despicable

Why did Abramovich get booted out whilst Mansour gets to carry on? Chelsea fans must be fuming
Marcus

The better this Arsenal side gets, the more likely it gets torn apart
As the dust from the NLD settles, Arsenal fans have to start to deal with a dichotomy:

1) We have so much young talent, that is exciting and we want to see where this could go. It fills us with hope and the potential is there to see.

2) We have so much young talent, how, with the club in its current standing, can we compete with the money and opportunities offered by the likes of Real, City, Liverpool and Chelsea?

The hope is there, the naive hope that we will be okay, but if you’re Saliba, the power is all yours. If you’re Saka and Martinelli, the same. I’m sure there are lots of levers the club can pull to tie them down, but what if they can’t? In a world of agents who get paid for moving their clients, can we really compete long term?

And if his team is decimated, what reason is there for Arteta to stay also? I’m sure the Spanish sides have seen what he has already done and probably are thinking of him as a long-term solution for them.

It is all the double edged sword of success. Maybe I’ve just become jaded with the last decade or so of underperformance, but I really hope this team gets the chance to grow. We’ve done the hard part, now should come the fun. But nothing in football is certain.
John (Haaland is easily of the same level as Ronaldo, Messi et al – he changes how we view the game and what is possible IMO – terrifying) Matrix AFC

What Would Jesus Think?
You have to wonder what Gabriel Jesus is thinking at the moment.

He moved to Arsenal, and is doing great. But…Man City have directly replaced him with a guy who has taken the same service from the same guys and is destroying civilisation as we know it, whilst converting chances that Gabriel wouldn’t get near even if the big guy upstairs gave him all his wishes at once.

Ronaldo was the original half-human, half-cyborg Terminator. Haaland is obviously Terminator 2 – the next generation. Not sure whether he will save us, or kill us all. I guess we’ll find out.
Matthew (ITFC)

There were a lot of great players in that team, but I’d have to bump Ashley Cole far higher up the list! A genuinely world class full back, Pep would be spending triple figures to get him in the team. However, the best in his position in Premier League history. Denis Irwin wants a word… easily the best full back to ever play football in England once it was invented in ’92. Hanson gets hammered for his ‘you’ll win nothing with kids’ quote, but he was bang on the money with Irwin when he (allegedly) said ‘Irwin at right back and Irwin at left back’ while picking his best Premier League team.

With cheese?
@Luke from Dublin. Yes, I do. Only in my head though. He should add ‘with cheese’.

I always add Straits when Dier is said. Again, in my head. I’m not a weirdo.
Louis

…Luke in Dublin asked if anyone can’t stop adding ‘with cheese’. Every single time.
Andy, Norwich