Home Arsenal Arsenal keepers ‘were trying to kill each other’ 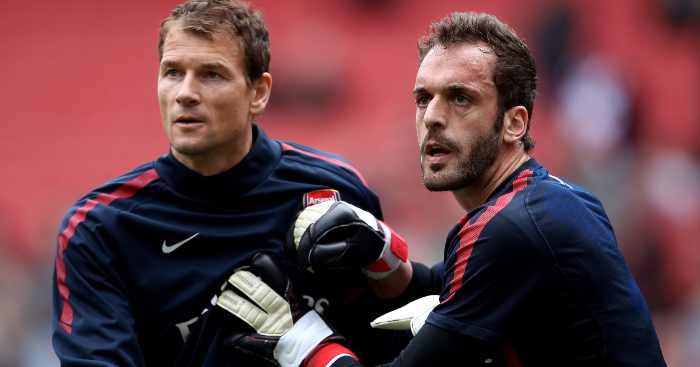 Vito Mannone has revealed how awkward it was to work with Jens Lehmann and Manuel Almunia at Arsenal.

Lehmann and Almunia have been at loggerheads since 2007-08 when Arsene Wenger chose to replace the experienced German after a series of mistakes.

Mannone witnessed his senior colleagues at each other’s throats on the training ground and he has lifted the lid on the atmosphere among Arsenal’s keepers.

“It was difficult because Jens was a very aggressive keeper, especially with Almunia,” Mannone told Goal. “So you can imagine what it was like for me and the tension inside the training ground.

“It was very difficult because you’re trying to learn and do your own thing, but at the same time they were trying to kill each other.

“When you do certain sort of exercises like crosses, challenges and shooting, you need to help each other. But there was not so much help there.”

Mannone admits he stayed out of their feud and left it to senior colleagues to intervene.

“I was not the one to split them up really,” he laughed.

“I was the youngster and those two were always fighting so it was a nervous situation for me to try and deal with. Every training session was like a Champions League final. You couldn’t miss a ball or do anything wrong.

“But again, it was a great learning curve. It gave me the chance to grow up, become a man and be ready for a tough environment.”