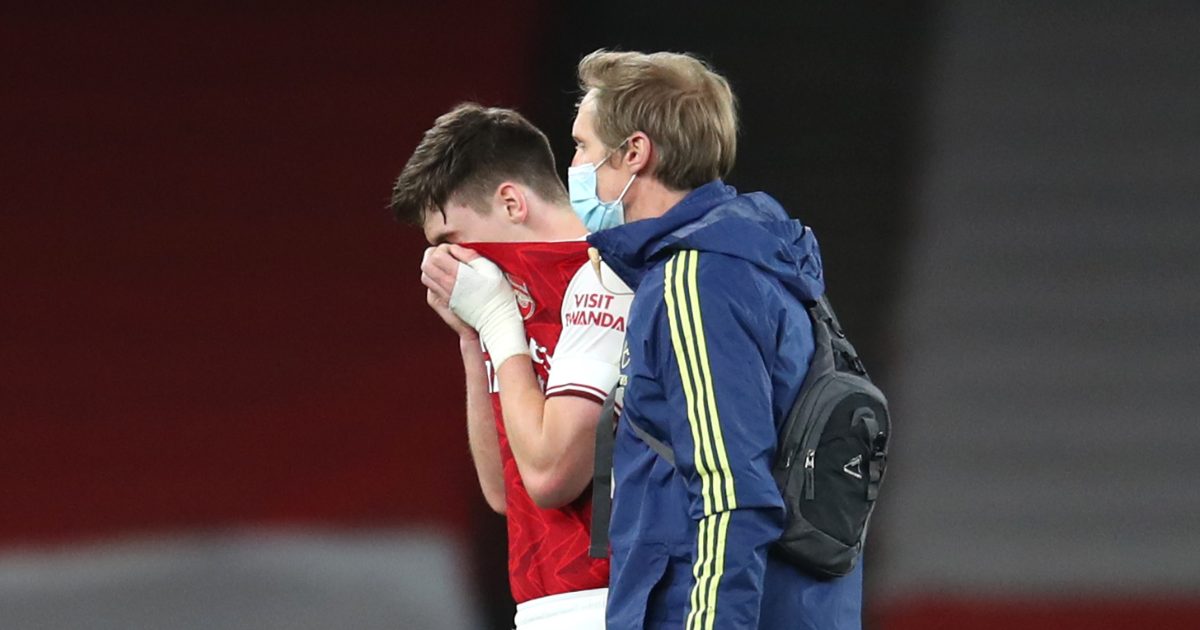 Arsenal left-back Kieran Tierney has been ruled out for around six weeks and Mikel Arteta is unsure whether he will play again this season.

The Scotland full-back limped off before half-time and the club announced on Wednesday that he may be sidelined for up to six weeks.

But speaking ahead of Thursday’s Europa League quarter-final first-leg tie at home to Slavia Prague, Arteta would not be drawn on when he believes Tierney will return.

“We have to make sure first that he doesn’t need any surgery, which it doesn’t look like,” he said.

“The timeframe will be that (up to six weeks). It could have been worse because the action looks quite scary, but he looks a bit better and the damage was not that bad, so at the end of the day it is not the bad news we could have been waiting for.

“We are going to have to go day by day and see how Kieran is feeling, then when he gets close to playing time and how he is feeling we will make that decision.”

Asked if he thinks Tierney will be fit for Scotland at the rearranged European Championship finals, Arteta added: “It will depend how things evolve again in the next few weeks.”