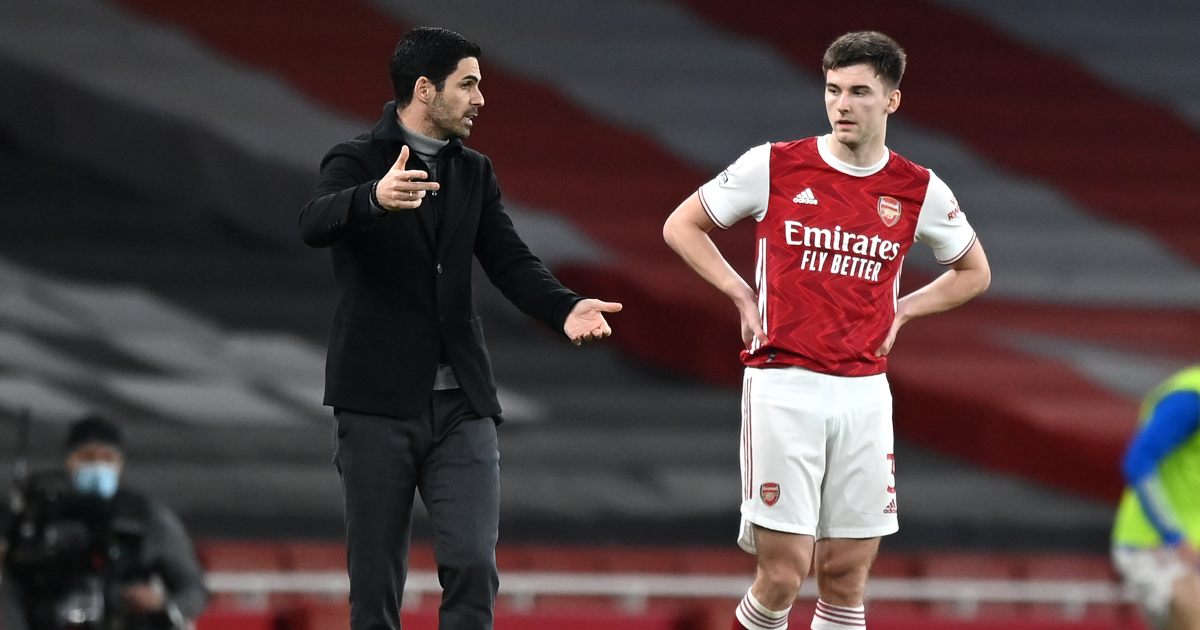 Arsenal left-back Kieran Tierney says he was “just knackered” against Manchester City after Gary Neville noticed he “looked weary” during the match.

The Scot has been brilliant for the Gunners this season, making 18 Premier League appearances this season as an essential part of Mikel Arteta’s side.

Tierney missed a month of action recently with a hamstring injury, with the 1-0 loss against City his first start since Arsenal beat Newcastle United 3-0 in mid-January.

Neville picked out Tierney as being particularly exposed to City’s attacks early on in the match on Sunday.

“What a tough start to the game Kieran Tierney’s had,” Neville said on Sky Sports after Raheem Sterling’s opener.

“He’s looked weary and exposed. City keep pinging it to Mahrez. Arsenal just need to stay in there for now as the level of football they’re up against is wonderful.”

Responding to the comments, Tierney said after the match: “I was just knackered!

“It was a tough game and I wasn’t sure if I was going to get the full game, but I did. It’s 90 minutes under my belt and I’m happy for that and happy that the manager gave me the chance again.

“We didn’t start well and that’s what killed us. Against a team like City you can’t afford to not start well, otherwise they’re going to punish you.

“I always believed we could get back into it, we had chances and we were unlucky not to get a goal today.”