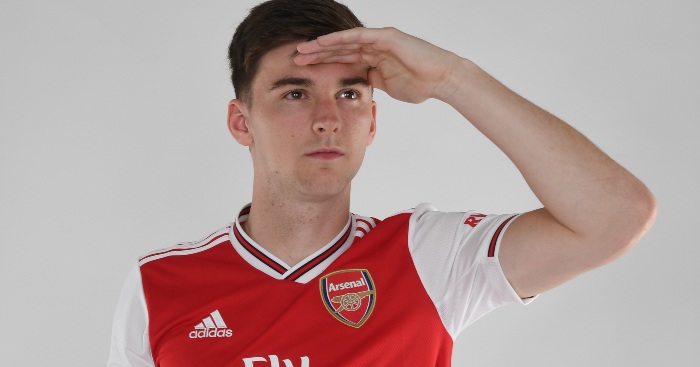 Arsenal are prepared to sacrifice Kieran Tierney to Leicester City in an effort to bring in some transfer funds this summer, according to reports.

Tierney has played just 11 times this season due to separate hip and shoulder injuries and Tierney admitted recently that it wasn’t the easiest decision to move to Arsenal.

Mikel Arteta predicted in May that the former Celtic left-back is going to “bring something special” to Arsenal in the years to come.

Despite that, ‘Transfer expert’ Duncan Castles has told the Transfer Window podcast (via the Daily Express) that Arsenal could choose to sell Tierney to Leicester this summer after only 12 months at the club, in an effort to help fund new signings.

“There is a fit there [for Chilwell at Chelsea],” Castles said.

“I think it’s important that Brendan Rodgers, when he was entering Leicester City and looking at last summer’s transfer market, Chilwell was a player he was prepared to let go.

“He felt he could secure a substantial transfer fee for him and if he did the player he had in mind to purchase was Kieran Tierney.

“Obviously neither of those things happened, Tierney went to Arsenal instead and Tierney has struggled through injury, with the managerial changes at Arsenal as well, made just 11 appearances for them so far, just five in the Premier League.

“So when you’re looking at a player who struggled in that first season like that, was bought for a substantial fee, he is at a club which has money problems, they need to make changes to their squad and they need to find revenue to do that.

“So in normal circumstances you would say no chance of getting a player from Arsenal who had been bought for a substantial fee and brought in as part of the last and most recent rebuild.

“Perhaps in these circumstances a deal would be viable for Leicester and I think it fits with Brendan Rodgers’ assessment of the players and the way he has pragmatically looked at his squad at the past.”