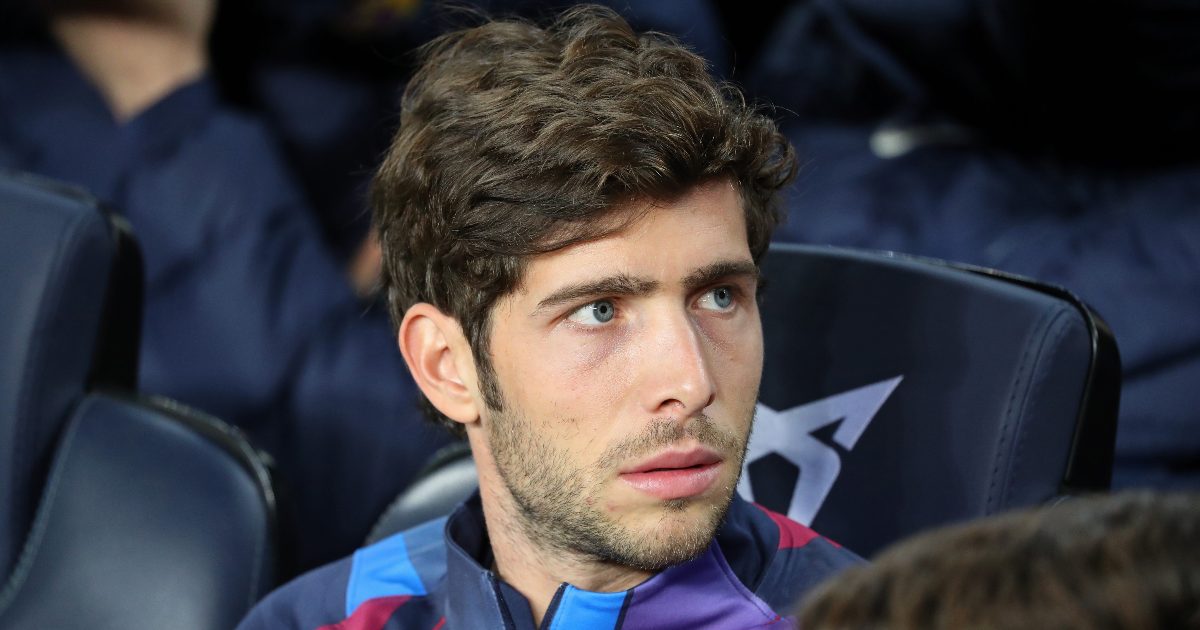 Arsenal are interested in Barcelona utility man Sergi Roberto as Mikel Arteta has specifically “requested” for the signing, according to reports.

Speaking earlier this month, Arteta was insistent that Arsenal “have to maximise every window”:

“I think with the amount of things and the way that we want to evolve the squad, we have to maximise every window in many different ways and we are alert.

“[Technical director] Edu and his team are working very hard because we know exactly what we need to do, and whether we can accomplish that in January or in the summer, is a different question as it is related to other stuff.”

Roberto has spent his whole career at Barcelona. He has played over 300 times for the Spanish giants since the 2010/11 season.

The 29-year-old has struggled with injuries this campaign as he has only started six games. His future is in doubt as his contract expires in June.

Fichajes are reporting that Roberto does not figure into Xavi’s plans so his exit “appears to be imminent”.

It is also stated that Arteta has “requested” for Arsenal to sign him. The Gunners are interested in him as they believe he can “enter the rotation” in midfield and right-back.

“He is at an age and at a stage in his contract where he has to ensure he looks at every option. I would love it to be here at Leicester, that is natural, but I understand it’s a very short career.

“For players it’s about ambition, the challenge and sometimes it’s about a different environment. We have seen it before many times.

“Teams have won the Champions League and the player will move on. That’s the nature of it. For me, I can only worry about keeping improving him as a player, keeping him focused and letting everything else be taken care of.

“We have a close relationship, it’s really strong. I made a commitment to him when I first came in that we would improve him as a player and he believes in the environment.

“Once the player is committed, focused and professional it’s never a worry for me. With Youri you can see his joy of being here. He loves being here and you have to respect these guys’ careers are short.”